Porto property prices per square metre have soared 127% since 2013 according to a study by Porto Municipal Council and Confidential Imobiliário which produces property price indices for Lisbon and Porto.

Porto has seen values surge over 10% on average over the past six half-year periods (3-years) says Ricardo Guimaraes, Director of CI stating, “What was a maximum price yesterday is an average price today” in what he called “pure value gain” not only for properties that have been refurbished but also properties in the same state of repair they had been in several years ago.

The property expert said that there had been a “fall in city-centre property prices during the financial crisis of 2008/2009 and a lack of financing, but that since 2013 the historic city-centre had doubled in value compared to the height of the crisis when property values collapsed by 50% in some cases.

According to the specialist, pressure from tourists is not what is driving inflated property prices, but pressure on housing costs. There had been many empty properties in Porto which has a population of 214,000 which is “insignificant compared to what it used to be in the past.”

“The city has lost inhabitants at a startling rate and its population has not been replenished. The city-centre is mostly inhabited by the elderly while young people have been forced to live on the outskirts as property prices boom beyond their financial reach.

However, Ricardo Guimaraes says that the traditional boundaries of old 19th-century Porto have been overtaken by urban expansion with the Gaia-Porto axis gaining population mass.

There are criticisms that property prices in central Porto are imbalanced with calls for Porto City Council to introduce measures to control soaring prices by, for example, doubling construction in the Porto districts of Campanhã, Ramalde and Paranhos since Porto is a relatively small city which is easy to cross from one point to the other.

But it is also believed that the property fever will begin to taper off from many of the companies making property investments in the city as exemption periods on interest rates come to an end. 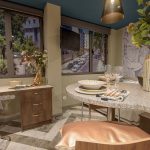 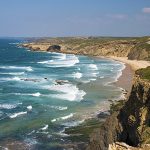 Hoteliers against oil prospection at AljezurNews
This website uses cookies for a better browsing experience, in continuing browsing you're accepting their use. Read More