Portugal’s Prime Minister, António Costa has pledged that his socialist PS government will not raise taxes for the foreseeable future.

Instead, the prime minister says “maintaining financial stability” is important for investors and companies while some tax cuts had already been implemented.

The challenge is to reduce Portugal’s deficit which currently stands at around €220Bn or just over 120% of GDP.

The prime minister made his comments at a lunch on Tuesday organised by the Portugal-United States Friendship Association in response to a question put by entrepreneur and former president of Sporting Football Club, Godinho Lopes.

“I don’t foresee big changes to the tax system in Portugal in the coming years and we’re currently on track to reduce the tax burden as per our election pledge for this mandate,” he said.

The prime minister stressed that the government had to maintain the current balance until it had achieved a sustainable debt which would offset risks regarding international events beyond Portugal’s control such as trade wars.

The International Monetary Fund (IMF) shares Portugal’s prediction for a budget deficit reduction of 0.7% in 2018. 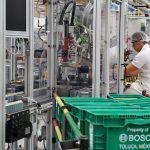 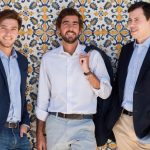 First crowdfunding manager listed on Market CommissionNews
This website uses cookies for a better browsing experience, in continuing browsing you're accepting their use. Read More