US financial consultants Bain & Company are in Lisbon with a 6-month rescue plan for troubled Portuguese bank Montepio.

Bain & Company is one of the world’s top business consulting firms and helps organisations with their most critical issues and opportunities. It was founded in Boston in 1973 and has offices in 36 countries.

A team from the US consultancy is in Lisbon working with Caixa Económica Montepio Geral’s board of directors in producing a bank turnaround plan which will be presented in September.

The US company has been contracted by Montepio CEO and Chairman Carlos Tavares, formerly head of the Portuguese Securities and Market Commission (CMVM), to come up with a “thorough diagnosis” of the bank in a project which will take three months.  From the time of implementation, the findings should produce “results in the space of three to four years” according to a message sent to staff members in May.

In that same month Montepio’s outgoing CEO Félix Morgado presented €30.1 million in profits which were later dismissed by Tavares who downrated them to €6.4 million because of disparities.

The Caixa Económica Montepio Geral group is to undergo a “profound restructuring” which includes “adapting to new realities and challenges facing the sector” and turning the institution into a bank aimed at the social economy and SMEs.

Turbulence in banking markets has been brutal since the 2008 economic crisis with new competitors ranging from established technology giants such as Alibaba and Amazon, to smaller specialists, such as Mint and Bettermen, all encroaching in traditional banking activities. 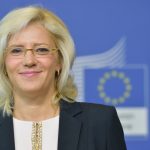 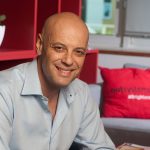 Portuguese company OutSystems worth $1BnNews
This website uses cookies for a better browsing experience, in continuing browsing you're accepting their use. Read More