Software platform OutSystems has become the second Portuguese company to be worth over US$1Bn (€853 million) after a capital injection of US$360 million (€307 million) from private equity company KKR and Goldman Sachs.

OutSystems CEO, Paulo Rosado said in a statement that the investment would be applied to helping the business to expand and on research and development.

Both KKR, a private equity group, and Goldman Sachs, an investment bank with an accelerator and venture capital department, have raised the US$360 million in an investment round to boost the international expansion of the Lisbon and Boston based business and help its development and research into software automation.

OutSystems is a growth-stage company or unicorn which employs over 700 people. It has a leading position in its field but is still marginally loss-making. Operating in 54 countries its high-profile clients include Prudential and Deloitte.

OutSystems markets itself as the “#1 Platform for Low-Code and Digital Transformation” with customers in 52 countries in 22 industries and 245 global partners and 167,000 community members.

The company helps other organisations and companies build enterprise-grade apps to transform their businesses faster. It provides a solution that combines the power of low-code development with advanced mobile capabilities, enabling visual development of entire application portfolios that easily integrate with existing systems.

“Our potential for growth is huge. We are growing at 70% per annum in subscription revenues and the next stage is consolidating that growth,” said CEO Paulo Rosado. 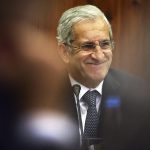 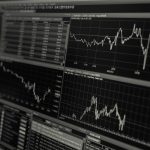