Plans to start drilling oil prospection wells off Portugal’s Alentejo and Algarve coast have been stymied by a court in Loulé.

The court ruling was in favour of the group ‘Oil-Free Algarve Platform’ known as PALP.

It means that a consortium comprising Portuguese energy producer GALP and the Italian energy company ENI, which planned to start drilling exploratory wells this autumn, have been put on ice.

Over the weekend thousands of environmentalists joined hands along Algarve beaches affected the exploration plan in protest saying that accidents would cause untold environmental damage to wildlife and potentially ruin Portugal’s most spectacular EU Blue flag designated beaches vital for tourism.

“Everyone knows there are other forms of energy without fossil fuels and this is not the path to take,” says Nuno Gago from the Algarve Petroleum Free Platform who joined the cordon of beach protesters on 20 beaches from Carcavelos to Faro on Saturday.

The Portuguese government now has to prove that the annulment of the prospection plan would be “gravely prejudicial to the public interest and economy” in order to get the court ruling lifted.

As to the returns for the Portuguese State in taxes, after operational and production costs, these are fixed at between 2-7% on the barrels produced – 150,000 per day by 2020.

The Portuguese Environment Agency had stated that an environmental impact study into the project, which could net the government €4Bn in royalties for the lifetime of the concession over 17 years — is unnecessary. 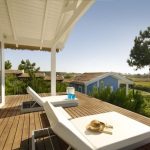 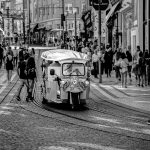 Activities linked to tourism create the most new companies News
This website uses cookies for a better browsing experience, in continuing browsing you're accepting their use. Read More