Filipino real estate developer Robbie Antonio is eyeing the Portuguese property market to sell his precrafted, mid-range, designer luxury homes. Chris Graeme caught up with the tycoon in Lisbon, the first destination on a whistle-stop tour of Europe

Robbie Antonio is remarkably informal and relaxed on meeting us at Lisbon’s Four Seasons Hotel Ritz, ­despite having ­arrived on a gruelling long-haul flight from San Francisco.

Apart from his immaculate dress sense and a determined and steely look in his eyes, you wouldn’t have imagined that he is one of the Philippines’ richest tycoons. According to Forbes, he is listed as the 28th richest man in his country (and the youngest). His family has been in property for over 30 years.

Robbie Antonio conceived the idea of branded towers and partnered with some of the leading brands for branded deve­lopments in the Philippines including Missoni, Armani Casa, YOO by Philippe Starck, Versace Home and The Trump Organization. At 41, he has a lot to be proud of. This year he bagged the 2018 Philippines Real Estate ­Personality of the Year Award (Property Guru – Philippines Property Awards), he is one of ‘25 ­Pioneers Who’ve Transformed the Built Industry’, alongside Tesla CEO Elon Musk and WeWork co-founder and CEO Adam Neumann, according to Mavericks Report 2018, and makes the ‘Top 40 ­Rising Stars of Real Estate Globally’.

His truly revolutionary ideas for the prefabricated property sector are so ­innovative and ahead of their time that his company Revolution Precrafted ­attracted venture ­capital investment from K2 Global, a company founded by Ozi Amanat known for his investment in Twitter, Uber, Spotify and ­Alibaba, and 500 Startups which values the unicorn at well over US$1 billion.

Robbie Antonio is one of the youngest and most prolific collectors of international modern and post-war contemporary art in the world and has ­received a number of awards from different organisations.

The art connoisseur is on Harper’s Bazaar ‘Art Power List: Movers and Shakers in the Art World’ and the ‘Top 10 Young Art Collectors’ (Larry’s List) as well as ‘The Collectors: 40 Under 40’ (Apollo magazine).

“The first piece of art I ever acquired was Andy Warhol’s ‘Camouflage’, which ­captivated me and was my introduction to the art world. He influenced me ­because, as a non-conforming figure at that time, he ­attracted audiences from all levels of society and ­inspired artists from all media: film­makers, designers, fashion designers and ­musicians. I learnt from that and saw how art, design and fashion could be blended ­intrinsically into a real estate product and create a ­property that was as much about art and ­design as functionality,” he says.

Today, he has amassed one of the most substantial collections of modern and contemporary art in Asia. His large international collection, which he started a decade ago, ­includes works by Picasso, Francis Bacon, Damien Hirst and Jeff Koons, and he is ­arguably the biggest collector of international modern and post-war art in the Philippines.

There are many companies offering prefabricated homes in the market. But the term ‘precrafted’ holds the key when describing this differentiated product that is unique and stands out from competitors. This is no ­ordinary product. It is the first to combine art, design and ­architecture in prefabricated structures.

“I wanted to create homes that were ­inspiring, simple and efficient. Above all, they needed to be special, which is why these structures are called ‘precrafted’ rather than ‘prefabricated’. My precrafted home concept was designed with a vision to simplify the process of owning a dream home by a dream designer. ­Revolution allows an individual, company or organisation to handpick a ­design from a selection of carefully-crafted homes by world renowned pre-eminent ­architects, artists and designers, to make sought-after designer homes that can be transported wherever the client is,” he says, adding that there is “an obvious application for luxury ­designer properties in resorts in Portugal, customised according to the deve­loper or resort owner’s specifications”.

Museums are nothing new. Neither are temporary exhibition pavilions at world fairs. But prefabricated museums are totally innovative.

Robbie Antonio has a radical new ­approach for prefabricated structures ­designed to house and display art. He has teamed up with Pritzker prize-­winning French architects Jean Nouvel and Christian de Portzamparc to create a series of so-called “reproducible mu­seums”, which, for less than $1 million (€865,000), can be built in as little as six months. “We think this model can have an application for Portugal,” he says.

Revolution Precrafted also produces spaces for offices, warehouses and retail units and wants to explore this market in ­Portugal, too.

“We have a full product presentation for prospective partners who have ­already ­expressed an interest in our housing and hotel units. They have also shown interest in our provision of pavilions and pop-up retail spaces that would complement these deve­lopments. Our pavilions, for example, can be used either as gyms, spas or gaming ­pavilions. The retail spaces work for shops and restaurants, and we also have solutions for warehouses.

Robbie Antonio is looking for investment opportunities in Portugal for both factory-built luxury and affordable homes.

“Revolution Precrafted sees Portugal as a potential key market. For us, the country is a gateway to other European Union countries. While we were in ­Portugal, in early June, we met several top developers during our roadshow and we are very happy to announce that we have received great interest and many ­enquiries for multi-million-euro projects in the pipeline, including residential tourism projects in Porto, Comporta (Carvalhal), Sines, the Algarve and the Azores. These projects are in the early stages of development and master planning and we will be unveiling them in the third quarter of 2018,” he says.

As to whether Revolution Precrafted is looking to invest in pre-existing deve­lopments or start new projects from scratch, the entrepreneur explains that his is a flexible business model. “Our business is to supply homes, hotel villas, pavilions and other ­related structures to our partner developers.

“We are looking to supply horizontal ­residential units and hotel villas, but we are flexible and can consider joint ventures that include land development if the project is something really significant,” he explains.

Revolution Precrafted already partners with property developers in creating design-driven horizontal developments and tourism structures such as cabins and glamping units. Robbie Antonio says that the company is also on the lookout for an exclusive franchisee in Portugal.

While in Portugal, Robbie Antonio met seven of Portugal’s leading developers in the hope of securing development projects. “We were very fortunate that they responded ­positively to our business model and product portfolio. We are now discussing residential and tourism and hotel projects for construction in the next few years. We expect Portugal to be a major market for Revolution Precrafted,” he explains, adding that the company has identified potential residential development sites in Porto, ­Comporta and the Algarve.

Robbie Antonio further unveils that he has signed deals in Spain, Cyprus, El ­Salvador and Brazil, which, together with his Portugal projects, create an opportunity for Revolution Precrafted to leave a significant footprint in the European and Central ­American ­region. Since the launch of the company’s first ­project in December 2017, it has bagged over $7.6 billion (€6.5 billion) in project revenues in 20 countries. 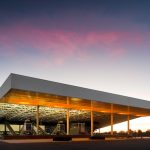 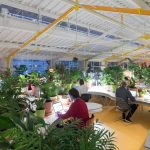 Lisbon’s co-working boomInvestment
This website uses cookies for a better browsing experience, in continuing browsing you're accepting their use. Read More