House price valuations made by banks for the effects of mortgage concessions have achieved their highest levels in 10 years.

According to the National Statistics Institute (INE), the price used by banks to value properties when granting mortgages rose €6 in July on June with an average valuation of €1,187 per square metre or “an increase of 0.6% on June and 6.3% compared with the same month in 2017.”

The rising prices in bank valuations reflect the booming Portuguese housing market observed in recent years with prices reaching their highest level in July since September 2008.

According to typologies, apartments have maintained the highest average values from banks: each square metre was valued at €1,243 in July, representing an increase of €5 on June and €43 per square metre on the start of the year.

Houses reached an average value of €1,090 per square metre, climbing €13 in monthly terms. 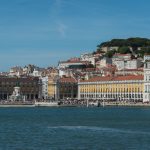 Portugal has the fourth highest receipts from tourism in Southern EuropeNews 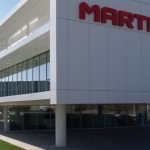