Portugal has the fourth highest receipts from tourism in Southern Europe

Portugal ranks in fourth place when it comes to receipts from tourism in Southern Europe.

The country obtained a total of US$17.1Bn (€14.613Bn), an amount that places the country in fourth place in the rank of the largest tourism receivers in Southern Europe according to the World Tourism Organisation (WTO).

The number of foreign tourists visiting Portugal rose nearly 12% in 2017 to a record 12.7 million visitors, contributing to Portugal’s strongest economic growth since 2000. Tourism and all travel-related revenues account for about 10% of Portugal’s GDP which grew 2.7% last year.

The data from the National Statistics Institute (INE) also showed that total hotel revenue rose by 17% to €3.4Bn.

The biggest source market for tourists worldwide continues to be China which also represented the highest spend per head, with an overall spend of US$258Bn – one-fifth of world tourism receipts.

Spain became the second most visited destination in the world after France in a ranking that also includes Japan in the Top 10 with Russia coming in at eighth place. 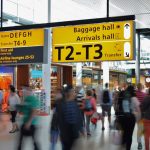 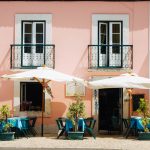 Portuguese house prices climb for 16th consecutive monthNews
This website uses cookies for a better browsing experience, in continuing browsing you're accepting their use. Read More