The Portuguese State has received €2.5Bn in dividends over the past 18 months, but had to inject €7.8Bn into the bank to recapitalise it in the same period.

Over the past 18 years public coffers have accumulated “losses” of over €5Bn from CGD but the situation is likely to change for the better for the bank run by Paulo Macedo.

However, it a bid to put the bank back in the black CGD has ripped up its four agreements reached with staff and unions over pay increases to keep annual growth at 4%.

The bank says it cannot pay out dividends and achieve a 4% annual growth rate and pay higher salaries.

CGD made €194 million in profits in the first half of 2018 which has paved the way for Paulo Macedo to start paying out dividends regularly in 2019.

The last dividend paid out by the state-owned bank was in 2010 when the bank’s then president Faria de Oliveira paid €170 million to the State from profits of €279 million for 2009.

Since then no funds have entered state coffers from CGD. The bank was particularly hard hit by the financial crisis in Portugal which rocked the banking system, saw the collapse of Portugal oldest and most respected private bank BES and an application for a €78Bn bailout from the IMF and ECB/EC in 2011. 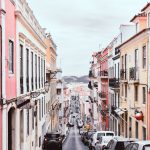 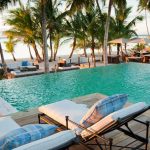 Great Hotels of the World to move from London to PortugalNews
This website uses cookies for a better browsing experience, in continuing browsing you're accepting their use. Read More