The turnover of bi-lateral trade between Portugal and France has increased in recent years representing 2.2% of Portugal’s GDP last year.

According to Portugal’s foreign trade and investment agency AICEP, France is now the second most important market for Portuguese exports after Spain, having overtaken Germany.

It takes up 3.4% of Portuguese exports. Around 60% of the value exported to the French market were goods and 40% were services. In turn, France is the third largest supplier of goods to the Portuguese market, representing 8% of imports. The trade balance has increased year-on-year since 2013 today worth around €4.85Bn.

Cars and car components represent 12.5% of all French exports while Portugal exports machines, devices, metal products, plastics, rubber and footwear products (17% of all exports to the French market).

France occupies third place among Portuguese suppliers representing 7.4% of imports.  In terms of services, AICEP states that the “French market has become the Nº1 client for the export of Portuguese services since 2017 representing 15% of the total exported by Portugal while being in third place regarding service supply with 9.1% of total imports from France.

Part of the increased turnover in French-Portuguese trade has to do with the boom in tourism in Portugal. According to the Bank of Portugal, travel and tourism were the main reasons for the positive balance of services between Portugal and France in 2017, representing 54.6% of exported services. 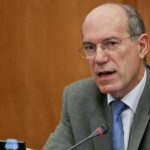 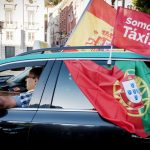 Lisbon taxis continue strike over UberNews
This website uses cookies for a better browsing experience, in continuing browsing you're accepting their use. Read More