Lisbon’s taxi drivers are likely to continue their strike today which began on Wednesday last week over Uber.

In Portugal, particularly in Lisbon, Uber has been the subject of protests and legal actions including strikes such as the one currently paralysing Lisbon City centres area around Avenida da Liberdade, Fontes Pereira de Melo and Avenida da República since last week.

The regular taxi drivers covered by unions and registered by the Lisbon City Council are demanding that a law that will regulate Uber be suspended. On Monday they concentrated at Lisbon’s Praça do Comércio.

In short they are calling for the authorities to suspend mobile transport platforms claiming that Uber drivers do not operate on a fair and level playing field with traditional regulated registered drivers.

“This law is no good and we’re not going to allow the taxi industry to remain in this situation” says Florêncio Almeida, who heads the National Association of Passenger Transport Vehicles (ANTRAL) who is calling for the law’s “suspension” until and solution to the problem can be met.

However the taxi strike has led even more members of the public to opt for taxi mobile app companies such as Uber and Taxify with business increasing 10% since the strike began.

Taxify announced that is saw a significant growth in taxi rides. It currently has over 6,500 drivers according to the latest data released by the platform.

Portugal’s President Marcelo Rebelo de Sousa has ratified a law that will regulate electronic transport platforms such as those used by Uber, Cabify and Taxify in what has been dubbed the “Lei da Uber” (Uber Law).

Taxi drivers under their federation (Portuguese Taxi Federation – FPT) say the move to approve the law, which comes into force on 1 November, opens the door to official recognition of the online services which they have opposed for three years on the grounds of unfair competition.

Uber drivers use their own cars and must meet requirements for age, health, car age and type, have a drivers license and smartphone or tablet and pass a background check. Uber drivers must pass annual safety inspections.

It has operations in 785 cities worldwide and its platforms can be accessed via its websites and mobile apps. Uber has been so prominent in the sharing economy that changes in industry as a result have coined the term ‘Uberisation’. 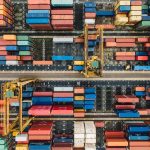 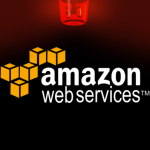 Amazon Portugal HQ in LisbonNews
This website uses cookies for a better browsing experience, in continuing browsing you're accepting their use. Read More