Freelancers get greater tax rebates in 2019

In practice, it means that anyone earning up to €9,000 per annum (around €642 per month) will be exempt from paying taxes.

It is estimated that around 57,000 green receipts will, for the first time, benefit from being exempt from taxes at the annual income rate of €9,156.

According to the daily newspaper Diário de Notícias, the effect of the measure will only be felt from the spring of 2019 at the time of delivering the annual tax declaration for single persons (IRS), which for many means they will not have to pay taxes.

As for IRS, it is not expected that the State Budget for 2019 (OE2019) will bring any great changes in tax.

However, some IRS reduction measures taken at the time of the State Budget for 2018 will only be applied in practice next year, mainly effecting those independent workers on green receipts.

According to simulations from tax consultants Deloitte, those who earn €1,500 a month will still have to pay €57 in surcharges in 2018 while those earning €3,000 a month on green receipts will pay €336. It means that next year they will get a larger rebate than this. 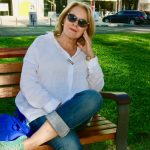 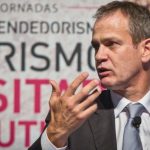 BCP vulnerable to take-over bidsNews
This website uses cookies for a better browsing experience, in continuing browsing you're accepting their use. Read More