The world record-breaking United States surfer Garrett McNamara who surfed the world’s largest recorded wave at Nazaré in Portugal will join Brazilian and Portuguese surfers at a cycle of debates on the health of the world’s oceans on 26 October and through November.

The debates, CCOceanos, will take place in the Sala de Pranchas de Surf room at the fort São Miguel Arcanjo in Nazaré in the presence of personalities and local officials from Nazaré Municipal Council and public figures from the areas of fishing, economy and tourism.

The 6th CCOceanos debate was held on 26 September at the Centro de Triagem da Valor Sul was   held against the backdrop of 10 tonnes of compacted plastic sealed and ready for recycling.

The Oceans Communications Centre (CCOceanos) has been conceived and organised by internationally renowned Brazilian sailing and nautical journalist Nysse Arruda with the aim of disseminating and sharing the latest information about our seas and oceans interlinking all the Portuguese-speaking countries.

“The project’s central idea is to foster the active interlink between a wide range of authorities and experts on the sea, particularly universities and research centres in each country, including non-governmental organisations and foundations in Portugal and the other Portuguese-speaking countries to raise awareness of the problems of ocean pollution and the health of our seas and encouraging more ecologically and environmentally sustainable exploitation of this resource shared by humanity,” says curator Nysse Arruda. 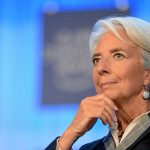 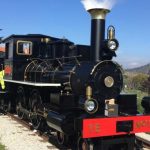 Severn Lamb’s TUA Express honoured at business awardsNews
This website uses cookies for a better browsing experience, in continuing browsing you're accepting their use. Read More