According to the IMF, Portugal will only achieve a budgetary surplus in 2022 dashing the government’s hopes for 2020.

In the IMF’s Fiscal Monitor report for Portugal, the organisation headed by Christine Lagarde predicts that in 2021 the Portuguese government led by António Costa will reach break-even with a budget surplus of 0.2% of GDP the following year.

According to the Stability Programme 2018-2022 presented by the government in April, Portugal should register a deficit of 0.2% in 2019, with a surplus of 0.7% by 2020, a scenario also supported by the Public Finances Council (Conselho de Finanças Públicas – CFP).

The body, headed by Teodora Cardoso, estimates that in 2020 the budgetary surplus will be more modest than government forecasts suggesting only 0.1%.

Only in 2022 will Portugal manage to balance its books with a surplus of 0.2%.

According to the Fiscal Monitor, in 2019 Portugal’s public debt should fall to 117.2% of GDP which is in line with the government’s expectations.

However, Portugal accumulated public debt is still dangerously high for a country of its size in terms of population, being around €250Bn.

The public debt (state, company and family debt) increased by €1Bn between July and August this year. 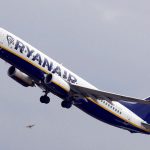 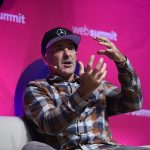 Portugal wave surfer at oceans rescue debatesNews
This website uses cookies for a better browsing experience, in continuing browsing you're accepting their use. Read More