By Essential Business
Posted 26 Outubro, 2018
In News
Portugal is a young tourism market with much room for growth says hospitality education chief2018-10-262018-10-26https://www.essential-business.pt/wp-content/uploads/2018/04/essential_newlogo.pngEssential Businesshttps://www.essential-business.pt/wp-content/uploads/2018/10/img_2043.jpg200px200px
0
0

Portugal is still a relatively young market in terms of room for growth and differentiation according to a top hotel and hospitality expert.

Speaking to Essential on the sidelines of a graduates reunion of Portuguese hoteliers at Lisbon’s Ritz Four Seasons Hotel on Thursday, Carlos Díez de la Lastra said that compared to Spain, which had reached market maturity and even saturation in some resorts, Portugal is a younger market with a lot of room for growth.

The Chief Executive Officer of Les Roches – Global Hospitality Education, based in Marbella, Spain, said that the insecurities and uncertainties surrounding the North African markets of Egypt, Tunisia and Morocco had, in part, been responsible for the exponential boom in tourism in both Spain and Portugal which saw 24 million tourists pass through Portuguese airports and cruise ship terminals.

But he said that he recognised that it was still difficult for the hospitality industry to meet the growing demand to find highly qualified staff which is why it has regularly been in Portugal to recruit young Portuguese school leavers to consider careers in the hotels industry.

“The growing success of the tourism sector in Portugal has boosted interest from young school leavers in Les Roches and the Glion Institute of Higher Education which have various undergraduate and postgraduate courses and offer work experience in hotels overseas,” Lastra says.

“The fact that this year many new hotel projects have been announced for both Lisbon and Porto shows that the market has a lot of room for growth but we are seeing changes in the market with a polarisation of five star hotels at one end and cheaper local accommodation at the other end with less three and our star hotels,” he said.

Lastra said with increased competition, greater demand and higher tourist expectations many three and four-star hotels were seeing the necessity of upgrading their offer to five-star status which was becoming “standard” while other smaller hotels were selling themselves on differentiation by becoming boutique and charm hotels, often trading on a unique selling point.

The hotel management training boss also praised the quality and high demand for Portuguese hotel managers worldwide saying that 11% of all students passing through the Les Roches Marbella Global Hospitality Education graduate and undergraduate programmes were Portuguese, mostly at their campuses in Spain and Switzerland. 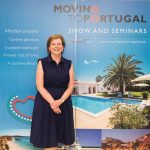 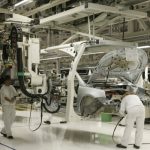 Autoeuropa to up salaries 5.8% over next two yearsNews
This website uses cookies for a better browsing experience, in continuing browsing you're accepting their use. Read More