When the UK voted to leave the European Union, lawyer, European affairs expert and university lecturer Isabel Meirelles was “shocked”. But the Brexit TV commentator and vice-president of Portugal’s centre-right PSD party’s policy commission admits it was a “wake-up” call – the EU needs to listen to its citizens and reform.

Isabel Meirelles says that the morning after June 23, when the UK referendum results were clear, came as a “shock”.

“I was shocked that David Cameron had sacrificed the future of the United Kingdom and, in some measure, that of the European Union, in order not to become a hostage to the ultra-conservative and Eurosceptic wing of his own party.

“He had promised a referendum for the advantages that he thought he would obtain regarding the European Union, but in trying to dampen the flames of dissent in his own party, he ended up by fanning them and setting fire to the entire house,” she says.

The EU law expert thinks that David Cameron will go down in history for the worst reasons; particularly if the divorce process goes badly.

“Europe and the UK will be all the poorer for Britain leaving because it not only leaves the European Union more fragile and less attractive, but also because the UK acted as a brake on accelerated integration which we’ll lose now.”

Isabel Meirelles believes that in Cameron’s commitment to hold a referendum, the general public were manipulated by UKIP populists and Boris Johnson.

“The problem with extreme and populist ideas is that the groups and parties that peddle them ask the right questions and identify the problems but apply the wrong answers. They played with fears over globalisation, migration and loss of sovereignty, and now this referendum has split the UK in generational terms — the younger people and stable sectors of the middle class wanting to remain and the older generations wanting to leave.”

While admiring the United Kingdom as a “great democracy” that has avoided dictatorships, with one of the best-trained armies and police forces in Europe, a fantastic culture, and some of the greatest academic institutions in the world, looking back she reflects that England has always been eurosceptic.

“The UK never wanted to join the Euro really. You only have to look back to the times of Margaret Thatcher demanding rebates and saying ‘we want our money back’. I always had a feeling that one day the UK would leave the European Union.”

Following the resignations of Boris Johnson as Foreign Secretary and David Davis as Brexit chief negotiator, the perspectives for a deal narrowed.

“Theresa May wants a free trade agreement and customs union. However, the single market rests on four freedoms — the freedom of movement of people and workers, services, capital and goods.

“In technical terms, she can’t have it; she’s caught between the devil and the deep blue sea. We’ll probably get a hard Brexit anyway because the UK’s regional parliaments in Scotland and Northern Ireland will have to ratify any agreement and may not do so. It’s also problematic for the EU since it only takes one state to refuse any agreement for it to come undone. I just hope, whatever happens, that the UK continues to have a good relationship with the EU,” she says.

Isabel Meirelles believes that with a no-deal scenario, there is a strong possibility that the United Kingdom could break up. “It’s given Scotland another pretext to push for a referendum on independence, while in Northern Ireland Gerry Adam’s Sinn Féin may use remaining in the EU as a reason to push for unification with Eire”.

Does the EU need reforming?

“Without a doubt,” affirms the EU law and affairs expert. “It also needs to listen to its citizens more. Brexit should be taken by Brussels as a warning. In my view, there is an excess of bureaucracy and integration is moving too quickly. The citizens of member states are worried about migration and this partly explains the rise of the far-right parties (Germany, Austria, Hungary and Poland and Italy).

She says there has never been such a concentration of far-right extremist parties as now and “that’s worrying”.

“European citizens need to have the courage to say ‘no’ to more European Union integration. For now, we need to take a step back so that, later, Europe can take two steps forward.

“Suddenly, we had all these new member states without having had the necessary time to stabilise the others. In my view, it was a gross error that Durão Barroso couldn’t stop Poland and Romania joining. Now they are talking about letting Serbia, Montenegro and Bosnia in. You might as well throw a bomb there and end it all!”

Common policies on so-called migration asylum policies cannot be enforced on countries like Hungary. “While we cannot have 120,000 refugees in the same place (Italy and Greece), you cannot say to countries that don’t want them to take them or face penalties,” she insisted, adding that to do so only encourages far-right groups.

“Migrants are not merchandise, but it’s wrong to insist on a common policy that touches on the very sovereignty of these states. Brussels should, on this matter, hand back powers on migrant asylum and allow each state to decide.” 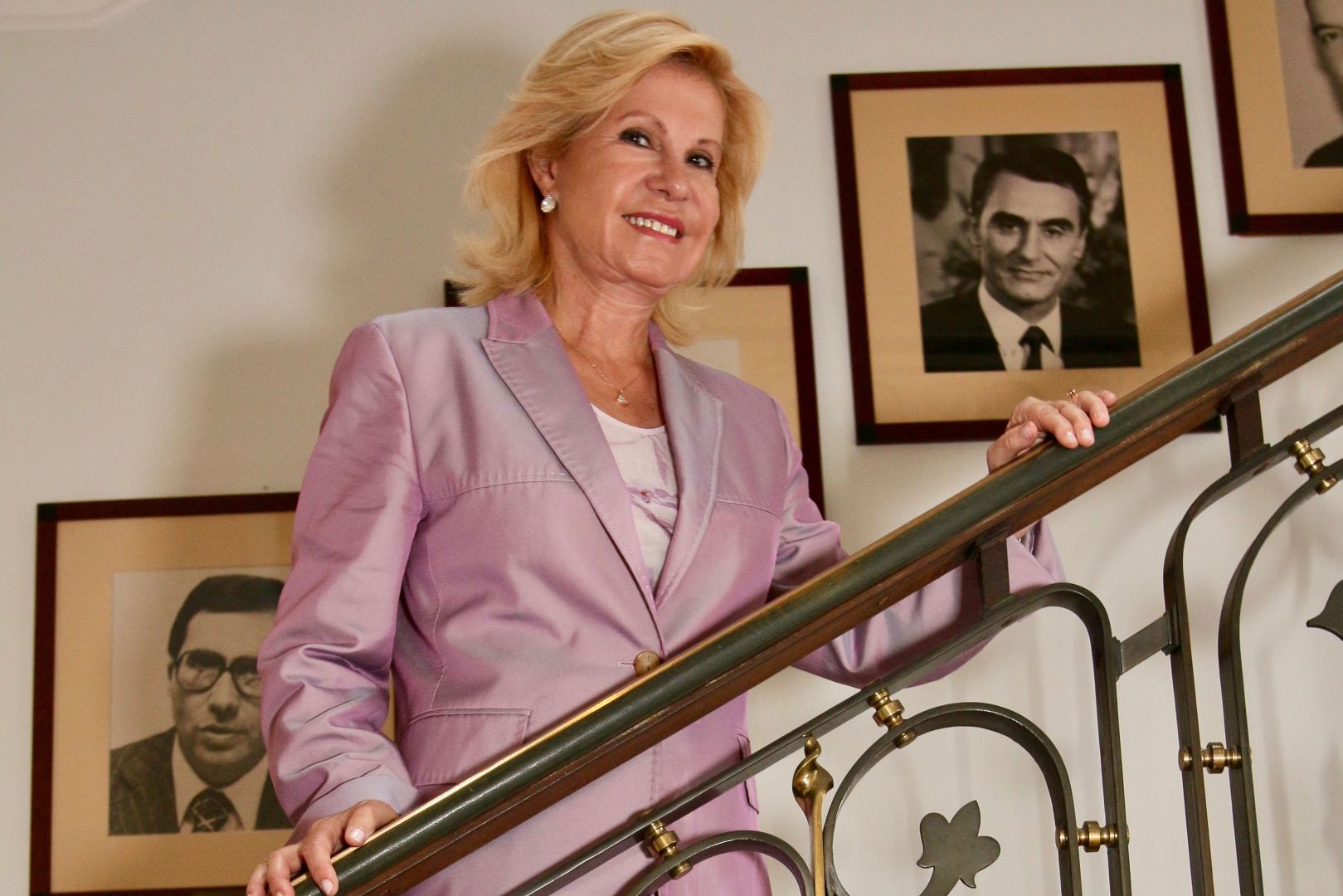 Some more equal than others?

“The EU is not the problem,” says Isabel Meirelles. “The problem is the Eurocracy that has become entrenched in Brussels.

“We have to return to the Jean Monnet theory of equality among the member countries, and deal with the problem of the economic gulf between existing countries and newer members that nevertheless have to obey the same economic and monetary rules.”

Meirelles stresses that Portugal is not on the same economic footing as the Germans. She says that, in hindsight, the introduction of the Euro was “probably a mistake”.

Some seem to be more equal than others, but “equality between countries means solidarity among equals”.

The European expert says that Portugal’s debt has been reduced artificially because of budgetary leeway, while the Germans have a trade surplus of 6% (€18.3 billion in August 2018), so the question is, where is this balance?

The vice-president of the PSD’s policy commission stresses that the bilateral relationship between Portugal and the UK will depend on what is negotiated and whether the Chequers Plan will be accepted or not because “what the UK is proposing in terms of free trade is not in line with EU rules on free movement of people and workers”.

“The UK wants to cherry pick and the EU is not going to accept this,” she says.

Since a commercial treaty of the Norway, Iceland and Liechtenstein type is impossible as the British parliament would never accept free movement, then a Swiss-style agreement may be an option, whereby a specific number of immigrants would be negotiated (in the Algarve there are 50,000 UK citizens while in the UK there are 500,000 Portuguese citizens) along with a customs agreement. Or, there will simply be no agreement — the Hard Brexit – when Britain would have to abide by WTO trading rules and undertake bilateral agreements with others.

“I actually feel sorry for Theresa May because there probably isn’t one day when she can actually govern because all of her time is taken up with Brexit. I think she’s extremely courageous given the pressure from Boris Johnson trying to oust her,” she says.

On China, Isabel Meirelles thinks Donald Trump does have a point since China has proved a specialist in “economic and social dumping”.

“There’s no social security system, paid-for holidays or welfare state and so, obviously, this is unfair competition,” Meirelles says.

On defence spending, too, she says Trump is right.

“We do need to spend more, but the EU cannot force sovereign member states to accept a common European Union army. This can’t be done for the time being, for the simple reason that we don’t have a common foreign policy or foreign affairs office. Without that, we don’t have a strategic doctrine to counter real or potential threats. Having said that, she admits the EU has ceased to invest strongly in its defence in favour of NATO, whose main contributor is the US in hardware and the UK in terms of army.

On the subject of Eurocracy, Isabel Meirelles is critical. “The EU is taking some decisions it shouldn’t be taking, but it’s difficult to change the paradigm of this ‘devouring machine’ that is Eurocracy.

“I know it well, I’ve worked there and at times the people are so specialised that they only know, for example, the characteristics that a chair that will be sold in the EU should have. They don’t understand that, very often, decisions made are disastrous for citizens and companies. There is a lack of critical thought and courage to take drastic decisions,” she explains.

Portugal’s problems of indebtedness, corruption and a slow legal system is a political issue, says Meirelles. This model for recovery has, in truth, been sustained by family consumption and this implies more indebtedness. Once again, the banks are lending too much and could face problems with loan defaults. This so-called economic miracle is a political lie. Portugal is growing less than the EU average and is only doing better because of some reforms and the fact that the international situation has improved. But it isn’t sustainable. For it to be sustainable, the model must be based on exports and private investment, not on consumer spending. The government’s argument is extremely irresponsible. Telling the Portuguese the economy is going great encourages upward pressure on salaries that can’t be justified by the country’s current economic growth,” Isabel Meirelles concludes. 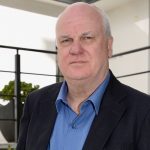 The British-Portuguese Chamber of Commerce – remaining relevant in a world of technological changeBrexit
This website uses cookies for a better browsing experience, in continuing browsing you're accepting their use. Read More