The forthcoming US mid-term elections were debated in Lisbon at the Lisbon Geographic Society on Tuesday at an event promoted by the American Club of Lisbon.

With guest speakers Robert Sherman, former US Ambassador to Portugal, Jaime Nogueira Pinto, political analyst and business intelligence expert — who gave an overview of presidential politics from the 1950s to the present — and Professor José Gomes André, of Lisbon University’s Faculty of Letters – a United States political analyst and expert in US federalism and philosophy — it was concluded that those hoping that current President Donald Trump’s Republican party would be defeated at the polls could be sorely disappointed.

With one week left until the elections, millions of US citizens have already cast their ballots during early voting as others prepare to flock to the polls on Election Day.

Robert Sherman said that while the Senate was likely to remain in Republican hands, it was expected that the United States Lower House, the House of Representatives would be overwhelmingly Democrat.

“Except in matters of appointing judicial figures to the Supreme Court, a Democrat swing in the House of Representatives would mean that Donald Trump would have difficulty pushing through much of his agenda in the next term” said the former ambassador who added that because 20% of young people aged 18-29 (one-fifth) had not voted in the last elections, Donald Trump had been able to sweep to victory. “Had this 20% voted, Hillary Clinton almost certainly would have become president in the last election” Sherman said.

November could see the highest turnout across the United States in recent midterm history, with battleground states seeing an unprecedented surge in voting registration and early voting.

Robert Sherman explained that Democrats have been working hard to flip dozens of House and US Senate seats held by the Republican majority as a wave of “blue” comprising first-time minority and women candidates threaten the GOP’s control of Congress.

Either party requires 218 congressional seats in order to gain control of the House, but it is predicted that with a surge in support for Democratic candidates, 57% of voters are likely to vote for the Democrats with just 40% favouring Republicans.

Robert Sherman said in the US Senate the Democrats would be unlikely to win the necessary seats to take over the upper house.

The big question for the speakers was if Texas would remain Republican or not, but that with a growing hispanic community the state could turn from “red” to “purple” if not “blue”. Texas is seen as a key battleground in these midterm elections.

In Texas, the latest polls show Democrat US Senate Candidate Beto O’Rourke having a fair chance of unseating Republican senator Ted Cruz while Texas’s congressional candidate Gina Ortiz Jones would be the first Gay congresswoman from Texas if elected.

During the evening, the members of the American Club were treated to a guided tour of the museum within Lisbon’s Geographic Society (Sociedade de Geografica de Lisboa) by its current President, Professor Luís Aires Barros, followed by a sit-down meal and question and answer session hosted by the former US ambassador, and Professor José Gomes André which was moderated by the President of the American Club of Lisbon, Patrick Siegler-Lathrop. 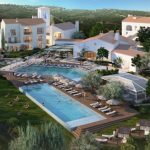 Ombria Resort will put sustainability on the mapNews 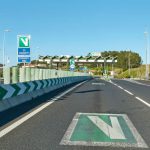 Road tolls to increase by 1%News
This website uses cookies for a better browsing experience, in continuing browsing you're accepting their use. Read More