Road tolls to increase by 1%

Tolls on Portugal’s motorways are to go up by at least 1% from next year.

It will be the third consecutive year that charges to use motorways will have increased.

In October, according to an estimate published today by the National Statistics Institute, the like-for-like variation on the consumer price index, excluding house prices, was set at 0.98%. It is based on this tax that the main company that manages tolls on Portugal’s roads, Brisa, in line with the other concession companies, will calculate new charges to be presented to the government.

They have until 15 November to do so. The amount calculated by the INE (National Statistics Institute) has yet to be confirmed by the publication of specific definitive data on 13 November.

After delivering the proposed changes, the Government will give its opinion and the green light to raise the charges which will be charged to consumers from 1 January 2019.

This new price hike will be the third consecutive one following years in which motorway charges remained the same.

In 2017 there was an upward review of charges on one-fifth of all tolls while this year the percentage of road stretches that are under evaluation has gone up to 37%.

In addition to motorways, bridge tolls over the Tejo – 25 de Abril and Vasco da Gama bridges — will also go up from 2019. 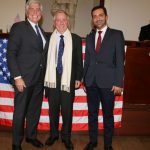 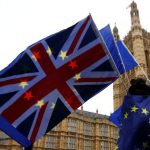 Brexit will have short to medium-term negative economic impact on PortugalNews
This website uses cookies for a better browsing experience, in continuing browsing you're accepting their use. Read More