Bestkoin, a cryptocurrency focused on the tourism sector, has been launched in Rio de Janeiro and São Paulo this month.

The United Arab Emirates based company, co-founded by Portuguese entrepreneurs Pedro Ribeiro and Pedro Ferreira has attracted international investors and business stakeholders from the sector.

On board too is Brazilian fintech Uzzo for cryptocurrency payments using Mastercard which will be Bestkoin’s gateway to Latin American expansion.

The aim of the initiative is to provide a transparent tool for travel agencies, tour operators and tourists by ensuring cost savings, better fares and faster, more practical and efficient transactions and services.

Brazil was chosen as the country to roll out the currency because it is considered the best country in the world for adventure tourism according to Best Countries international rankings.

And Brazil is also one of Latin America’s top three destinations according to the United Tourism Organisation.

Statistics from the Brazilian Association of Tour Operators show that the number of Brazilians traveling abroad in 2017 was 1.2 million, 8% higher than in 2016.

Furthermore, according to the World Tourism Organization (WTO) tourism grew 6% in 2017.

“International tourism figures, which represent 10% of the world’s Gross Domestic Product (GDP) and make up the third largest export sector in the world, will continue to grow, with an increase of between 3% and 4% of foreign tourist arrivals in the world by the end of 2018,” says Pedro Ferreira.

“The tourism industry continues to grow worldwide. It is an excellent niche market for companies that offer innovative services making life easier for entrepreneurs and travelers, without compromising online security,” adds Ribeiro.

Last year marked the beginning of the return to growth for Latin America’s tourism industry.

According to the World Tourism Organization, travel accounted for almost 9% of the region’s GDP, where international tourist arrivals increased by 7%; this year, the growth forecast is 5%.

“The WTO predicts that by 2027 Latin America will receive 78.2 million tourists, generating US $82 billion for the local economy.

The travel industry is one of the fastest growing in the Brazilian economy, according to the Ministry of Tourism.

Last year, the turnover of companies operating in this market increased by 4.73%. Statistics from the Brazilian Association of Tour Operators (Braztoa) pointed to a 10% to 15% increase in client numbers.

“We have also signed an agreement with one of the largest international tourism operators, the (company name), based in São Paulo. The company will be yet another which accepts Bestkoin for service payments. Without a doubt this is a milestone for the industry,” concludes Pedro Ferreira. 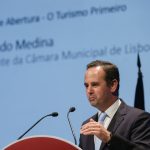 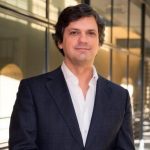 Lisbon is in an extraordinary time say consultantNews
This website uses cookies for a better browsing experience, in continuing browsing you're accepting their use. Read More