ATM withdrawals and card purchases up 20.5% during Web Summit

The number of card purchases and withdrawals at Multibanco Networks and ATM Express during the Web Summit increased 20.5% on last year.

Based on an analysis of operations undertaken with foreign cards, SIBS has stated that of all purchases, 48.5% were made in restaurants and supermarkets, 8.9% on transport and 7.7% on accommodation.

Visitors from the United Kingdom were among those who carried out most operations during the world’s largest technology conference, followed by the French and the Americans.

Like-for-like, at the 2017 edition, the ranking was led by France, followed by the UK and the USA while overall cash withdrawals and payments with foreign cards were up 46.3% on 2016.

Overall Portugal will invest €11 million per annum to keep the Web Summit in Lisbon for another decade but revenues for the city could be as much as €45 million for the four-day event.

Last year Web Summit attracted around €30 million in direct revenues and the Portuguese Minister of the Economy, Manuel Caldeira Cabral has admitted that revenues are likely to increase with the expansion of the summit over the next 10 years.

“We estimate that in coming years the event will attract around 100,000 people — and these are projections from Web Summit itself — while Lisbon will attract revenues of around €45 million” he said.

First YOTEL on the Iberian peninsula to be opened in PortoNews 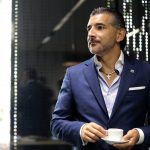 Altice threatens to slash investment in PortugalNews
This website uses cookies for a better browsing experience, in continuing browsing you're accepting their use. Read More