Work is to start at Castro Marim on an €80 million ecologically sustainable tourist resort which includes a wellness hotel, low-density lodges and areas for detached homes set on an estate close to Almada de Ouro on the River Guadiana in the Algarve.

Shelved during the economic crisis years, the project has been taken out of mothballs and reconceived with a new, more up-to-date concept integrating tourism, lodging, nature and environmental sustainability.

For now, the project goes under the name of “Plantation Guadiana River” and was the first development highlighted at “The Residential Tourism Conference – Resort and Sustainability” which took place in the Algarve on 23 November.

“We were asked to resurrect and rethink an old project for a 240-hectares site. We went to the site to see the best that could be done with this property which is simply marvellous. Our main aim was not to destroy it but preserve and enhance it,” says Charles Weston-Baker, CEO of Resort Developments Limited, a company registered in England.

The plan is to recreate a working plantation farm on the part that formerly was destined to be a golf course.  There are two areas: the first has been earmarked for a wellness resort with 50 villas and 20 branded villa residences constructed in materials like stone and wood.

The development has been designed to be light in terms of infrastructure and comfortable, the emphasis being on privacy whereby neighbours are shielded using a philosophy which is similar to Herdade da Comporta.

The second parcel of land will feature an 80 single-floor lodge units in a tourist village concept with ABLs of 100 m2 to 180 m2 with some plots for detached houses.

The water drainage and sewage system will use modern sustainable technology facilitating state-of-the-art water recycling.  The development will feature a controlled lighting system, solar heating and energy conservation technology as far as possible “of grid” in a concept designed for the future.

The project will be developed by Resort Developments Ltd which is seeking joint-venture investment partners. The company has already received some interest from international luxury hotel groups.

Work on the project should begin by the end of 2019. The site has master planning permission for 500+ properties on five separate development plots and work on revised planning permission and licenses for the new concept has been submitted. The local authority at Castro Marim and the Algarve Regional Coordination and Development Commission (CCDR) are positive regarding the project.

The owners say that among others, they are aiming the development at the Scandinavian and Northern European markets with competitive pricing.

“It’s very important to have accessible pricing at the resort. Prices start at €350,000 for freehold lodges in their own “quinthina” says Weston-Baker who adds “living in a working organic farm will be a magical experience, with the changing colours and fruits of the season, tranquility, the sense of community and contact with nature.”

The plan also includes a small mooring facility providing a river link to the magnificent Ria Formosa nature reserve and the sea, and a beach club.”

“And while privacy is important, the development aims to create a community with residents and guests involved in all activities. The intention is also to maximise the involvement of the local community in all activities” he explains.

“When completed, the land will not seem that different. There will be fruit trees, almonds, olives and vines. Original features such as the old olive press will be incorporated into the development” explains Weston-Baker.

The plantation house hotel will be built first, followed by the mooring for boating, canoeing and water sports. Later,  later 80 eco-lodges “plantation homes” will be constructed and finally the individual detached properties.

Charles Weston-Baker comments, “Importantly, the project will create all-year jobs, the resort hotel and community hub alone is likely to employ around 150-people, and it will bring visitors to the Eastern Algarve, with its beautiful unspoiled nature, great beaches and charming historical towns and villages”.

Ian Cain, partner of Resorts Development and CEO of Ekogea, a company that undertook energy consulting for the project, says, “We are focused on all aspects of sustainability in the project, not just renewable energy.”

This includes systems for composting, anaerobic digestion and biomass.  “There’s a lot of waste from agricultural activity and we can take advantage of that to produce energy. We want to use natural products and organic fertilisers, running the resort without using harsh chemicals for the benefit of the guests and the project in general” he says.

The company will undertake geographical and topological land surveys of the location to gauge resources and constraints regarding water and drainage. “This means costs but also opportunities for implementing innovative non-toxic processes.” Says Weston-Baker.

Throughout a career spanning 12 years with Bovis, followed by 25-years as head of Savills International Residential, Charles Weston-Baker was involved in the construction of over 200 resorts of all types in 14 countries, including Quinta do Lago where he worked with André Jordan, the doyen of Portuguese resort development.

“Over this period I saw great changes in terms of demand, from traditional golf to golf involving environmentally sustainable courses” he said.

In this project in particular, the inspiration is Six Senses Douro Valley in Lamego which features biological vegetable plots which supply the restaurant with fresh vegetables.

The Deputy Mayor of Castro Marim, Filomena Sintra, confirmed the project was being studied by the local authority and says, “We think the new project is a substantial improvement on the former one and fits in with what we consider to be innovative, sustainable and structured projects”.

“They have moved away from the golf concept and have focused instead on agriculture and we think that that makes it a different kind of project compared to the many other projects that have already been seen in the Algarve,” she concludes. 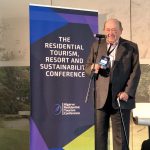 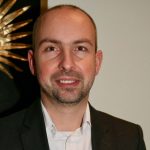 Portugal is where our clients want to visit says Hyatt regional vice presidentNews
This website uses cookies for a better browsing experience, in continuing browsing you're accepting their use. Read More