The news was revealed by its CEO, Antonoaldo Neves during a Christmas lunch with the press.

“We are continuing to grow and the prediction is to achieve 16 million clients this year, a historic number for TAP, and the expectation for the year is this will continue with expected growth of more than 10% or even 15% which is a lot,” he said adding that it will also increase capacity globally by 13%.

As to the financial results, the CEO of TAP refused to be specific and said the airline would only issue them after they had been signed off by the shareholders in April.

Nevertheless, Antonoaldo Neves revealed that TAP M&E Brazil, the maintenance arm which resulted from VEM in Brazil, should break even this year, expecting that in 2019 it will be able to generate a “small operational profit of €3 million” which should positively influence the TAP Group’s accounts.

Portugal’s flagship carrier TAP returned to profit in 2017 after years in the red that had investors wondering it if could survive. The company, which had lost €27.7 million in 2016, saw its net profits soar back up in 2017 to €21.2 million in what was, according to Neves, “The best set of results in 10 years.”

Fifty per cent of TAP Air Portugal’s shares are owned by the Portuguese State, the other half by private shareholders with the co-owner and largest shareholder being airline tycoon David Neeleman. 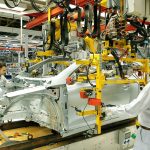 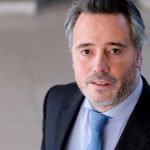 Vista Alegre to lose €1 million from failed share floatationCompanies
This website uses cookies for a better browsing experience, in continuing browsing you're accepting their use. Read More