The decision by the board of Portuguese fine bone china and glass manufacturers Vista Alegre not to go ahead with a €17 million share floatation could cost the company around €1 million.

According to Vista Alegre CEO Nuno Marques in an interview with online news service ECO, the company cancelled a €17 million share floatation before Christmas which aimed to raise money to pay off bank debts.

Nuno Marques said there was strong interest by institutional investors and both national and overseas investors but that the amount of money that would have been raised would have fallen short of expectations.

However, the company is not ruling out a future floatation in the future when market conditions pick up and stresses that there are other options on the table.

The failed operation is expected to set the company back by between €500,000 and €1 million but the company expectes to net profits greater than the €4.2 million recorded for 2017. 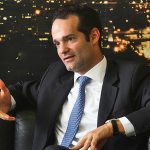 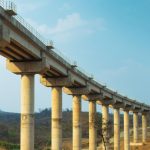 Mota-Engil shares up nearly 12%Companies, News
This website uses cookies for a better browsing experience, in continuing browsing you're accepting their use. Read More