The resort lost the bank hundreds of millions of euros after years of mismanagement which were exacerbated by the financial crisis in Portugal between 2008 and 2015 which saw many luxury resorts in Portugal fall into bankruptcy.

CGD informed on Wednesday that it is no longer a shareholder in the tourist development and has sold its shares to the fund managed venture capital fund ECS which is also owned by the same bank.

According to the business daily Jornal de Negócios, CGD owned a 24% share of Vale do Lobo – Luxury Tourist Resort via Wolfpart. Wolfpart was wound up and its property portfolio was absorbed by the bank via a merger.

The monies received from the shares selloff that CGD held in the resort have not been made public but the operation was completed in the concluding weeks of 2018.

The buyer was the tourism real estate fund Fundo de Lazer e Imobiliário Turístico held by ECS, the same fund that has already bought up €229 million worth of shares in Vale do Lobo one year ago.

CGD, which is headed by Paulo Macedo, is the main shareholder in ECS – the company that financed the purchase of credits by issuing shares which were subscribed by CGD.

CGD’s financial exposure to the loss-making resort was €372.2 million from the operation with part of that exposure written down as debt — €145 million covered by impairments.

A report last year revealed that the Vale do Lobo resort, marketed as the Algarve’s ultimate luxury golfing destination, had been mismanaged for years with liabilities of €500 million clocked up by 2016. The value of the resort has been put at €343 million.

The then director of CGD, Armando Vara, conceded his part in the responsibility for granting “ruinous loans” to the failed resort from the coffers of a public-owned bank.

The one-line economy news service Observador argued that as its financiers, CGD should have stepped in to turn around the loss-making resort many years ago and before the economic crisis hit from 2008 onwards.

But instead, the state-run bank acted more like an owner rather than a creditor and simply shovelled money into a black hole in order to maintain the illusion that all was well with Vale do Lobo. Sources at Vale do Lobo simply stated at the time that “a new plan of financial support” was in negotiation as well as a “plan to restructure the current debt”. 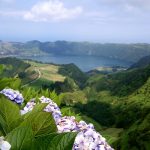 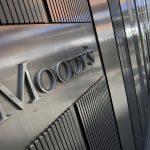