Novo Banco is preparing a request of €850 million from the resolution fund to top up its capital ratios.

The application forms part of the deal for the contingency capital mechanism agreed when 75% of the bank was sold to US fund Lone Star and which obliges the fund to inject capital into the bank lead by António Ramalho.

Lone Star agreed to provide capital whenever losses result from the sale of a number of assets with an impact on the financial stability of the bank.

Novo Banco has consistently failed to make a profit since being founded from the ashes of failed Banco Espírito Santo in 2015.

The information on the application to the fund was reported by the business daily Jornal Económico. The resolution fund is supported by the Portuguese banking system which injected 791 million into the fund in 2018.

To September 2018 Novo Banco recorded overall losses of €420 million, mostly penalised from the sale of assets.

António Ramalho has been attempting to clean the banks balance sheets of debt and non-performing loans by selling the NPLs and offloading properties, operations which have had a negative impact on its accounts and penalising the institution’s capital ratios.

The sale of 75% of Novo Banco’s capital to Lone Star included the creation of a contingency capitalisation mechanism with a maximum value of €3.8Bn. This mechanism obliges the resolution fund to make payments to the bank under certain conditions related to the performance of a number of Novo Banco assets and the evolution of levels of the bank’s capitalisation. 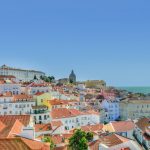 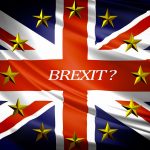 Portuguese 29 March deadline to secure rights in Brexit crash-out scenarioNews
This website uses cookies for a better browsing experience, in continuing browsing you're accepting their use. Read More