The Portuguese cooperative bank Montepio’s bid to float €250 million in bonds onto the market has failed.

The bank hoped to raise the money by issuing bonds to strengthen its capital ratios.

The result is that the Associação Mutualista Montepio Geral (AMMG) had to take out a loan from shareholders of €50 million.

Montepio, headed by Carlos Tavares, needed to raise the €250 million to have a comfortable capital/loan ratio to satisfy the demands of the Bank of Portugal for this year.

Last year the bank held a national and international roadshow with the aim of selling 10-year bonds to raise a minimum of €150 million or up to €250 million if the demand was particularly high.

As an offset for these capital tier 2 bonds (which held a high risk than common bonds for investors) the bank offered investors a maximum interest of 8%.

That was a higher interest than state bank Caixa Geral de Depósitos had to support in the summer of 2018 when it issued €500 million in 10-year bonds at 5.75%.

Novo Banco carried out a similar bond floatation operation in June 2018 offering 8.5% for bonds worth €400 million. 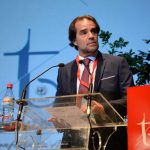 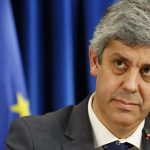 Portugal has second largest budget surplus in EurozoneEconomy, News
This website uses cookies for a better browsing experience, in continuing browsing you're accepting their use. Read More