Revolut, a digital banking platform which bypasses traditional banks, has achieved over 100,000 users in Portugal.

The company enables customers to receive their salaries direclty via an application instead of a traditional bank.

It now has plans to begin lending money to people and companies at an attractive rate in Portugal. The company began trading in Portugal in 2017.

The plan should be rolled out sometime this year according to the company which argues that banks will charge a customer when sending or transferring money overseas — which it doesn’t do, charging a small 0.5% fee for anything above €5,000 each month.

The digital bank has no branches and can be set up directly from a mobile smart phone. Revolut says it is winning between 300 and 400 new accounts daily and has decided to finally launch its service in Portuguese.

It says it will shortly launch a service in Portugal to enable the Portuguese to be domiciled and salaried in a digital account via an application.

The service is free of commissions — the basic service being cost free although premium and metal accounts cost up to €13.99 per month.

“I think it is important to stress how much money users are saving with us. We provide a real alternative to traditional banks and their exorbitant commissions, especially given that most banks in Portugal charge a monthly tax rate of around €6,” says Patricia Gómes who is responsible for Revolut’s communications in Portugal.

Created to disrupt traditional banking, Revolut based in London says that the Portuguese will be able to pay their salaries via the app on the back of a European guarantee, similar to the Deposits Guarantee Fund with money up to €100,000 protected via the European Deposit Insurance Scheme,” states the startup founded by Nikolai Storonsky. 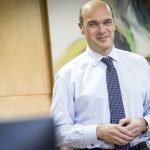 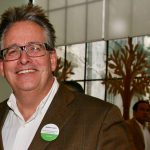 Property prices increased 11% in the Eastern Algarve in 2018 says reportNews, Property
This website uses cookies for a better browsing experience, in continuing browsing you're accepting their use. Read More