The loans did not comply with the regulations governing credit concession.

Over the years successive directors at the public bank ignored expert reports from competent advisors or approved loans that did not provide sufficient guarantees, instead granting loans that have since proved to be “either high or extremely high risk” and at the time were questionable.

The revelations are contained in a preliminary report from Ernst & Young released by journalist Joana Dias of investigative TV channel Correio da Manha TV and published this week by ECO economia online.

The EY audit was undertaken at the request of Portugal’s Ministry of Finance which ordered an audit on the management of Caixa for the period 2000-2015.

The audit flagged up various types of loans which were “exceptions to the rule” and did not “follow applicable norms and regulations”. These include:

Loans approve despite an unfavourable risk assessment analysis with no documentary justifications for taking the risk; cases where no specialist risk report was ordered for the deal; cases where required information had not been obtained to justify the approval of the loan, neither viability studies or licences and cases where signed guarantees in the contract were not sufficient to cover the ratio of 120%.

From among the 200 debtors that were identified by EY as having incurred the greatest losses for the public bank, there are at least 64 cases which fit one of the situation outlined in the paragraph above. 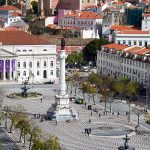 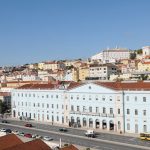 Sonae Capital invests €12 million on hotel project at Lisbon’s Santa ApolóniaNews, Property
This website uses cookies for a better browsing experience, in continuing browsing you're accepting their use. Read More