Sonae Capital is to invest €12 million on a hotel unit within the building that houses Lisbon’s Santa Apolónia station. The space will be leased for up to 35 years from the government.

The project will represent the group’s first hotel in the Portuguese capital. The project involves the construction of a four star hotel unit in the south and west parts of the building over an area of 9000 m2.

Sonae Capital was the company that won the competition launched by IP – Infrastructuras de Portugal for the lease or sub-concession with a view to explore a hotel unit on the site.

During the 2-year construction phase the lessee will be exempt from paying rents.
Sonae Capital has five hotel units; three in Porto (Porto Palácio Hotel, The House Ribeira Hotel and The Artist Porto Hotel & Bistro) and two in Tróia (Aqualuz Tróia and Tróia Residence). 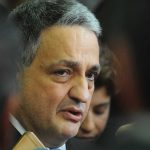 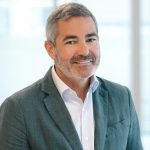 Gestilar to invest €180 million in OeirasDevelopment, News
This website uses cookies for a better browsing experience, in continuing browsing you're accepting their use. Read More