Portugal’s pig headed ambitions to generate €100 million in pork exports to China kicked off this month with the first shipment of pigs in 10 containers.

With an estimated 10,000 pigs slaughtered a week, around 270 tonnes of pork worth €1 million were loaded up at the Port of Sines to ship to the Chinese province of Hunan.

The animals were killed at three slaughter houses in a business that should rake in €100 million for the country’s economically struggling Alentejo agricultural region.

“This is the first order of 10 containers. In annual terms, we are talking about a business turnover of around 10,000 animals per week slaughtered and prepared,” says Nuno Correia of the Portuguese Association of Pig Farming (Federação Portuguesa de Associações de Suinicultores (FPAS).

Since 2013 overall exports to China have quadrupled from just over €500 million to €2Bn in 2017. The association says that there is likely to be an uptick in the figures for pork exports from September since China is indicating that it wants to increase imports to €200 million by 2020.

Initially the exports were to begin in December, however the buildup of container traffic at the port because of the dock strike at Setúbal delayed the process.

“It’s been a tough road, but finally we’re starting to export Portuguese pork meat to China. Portugal needs to export in order to grow and be self-sufficient and China can contribute towards Portugal’s internationalisation strategy.”

As part of recent meetings between the Association and the local council in Hunan, it has been agreed that Portugal can open a demonstration and sampling centre for Portuguese products such as wine, fruit and also pork. 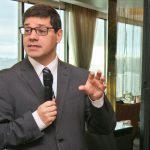 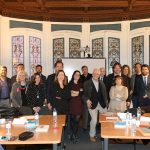 Creative Bureaucracy Festival planned for LisbonAdministration, News
This website uses cookies for a better browsing experience, in continuing browsing you're accepting their use. Read More