It is the latest hotel from the prestigious French hotel chain Maison Albar Hotels (MAH) which is owned by the investment fund Paris Inn.

Le Monumental Palace is in the city’s Avenida dos Aliados within one of the most historic and emblematic buildings in Porto.

The neo-classical building was originally designed by the Italian architect Michelangelo Soá but lay empty for years.

After three years of restoration work by Mystic Invest owned by Portuguese businessman Mário Ferreira, the hotel was bought by Paris Inn and integrated into the Maison Albar Hotels brand which is a member of The Leading Hotels of the World (LHW).

With a fully restored Gothic façade, some of the original characteristic features have been retained in the design such as the staircase and high ceilings which lend it a grandeur of former times.

The interiors were designed by Artur Miranda/Jacques Bec of Oitoemponto who have recreated the 1920s and 30s elegance of the Art Nouveau and Art Deco styles.

The public rooms include large mirrors, extravagant chandeliers, extensive use of Portuguese marble and designer wall-to-wall carpets — all used to conjure the glamorous 1930s when the site was occupied by one of the most famous cafés on the Iberian peninsula: Café Monumental. 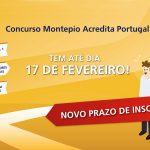 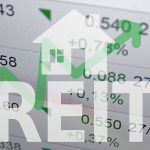