Portuguese bankers don’t have the capacity to evaluate the risks of big business deals and their sustainability when it comes to authorising big ticket loans.

That is the opinion of economist Teodora Cardoso who said last week that Portuguese banks don’t have the practice or experience because “we’ve always had a system rather focused on small businesses and for very well defined sectors such as construction and real estate and in this our banks are all masters” she told ECO 24.

The woman who heads Portugal’s Council for Public Finances was specifically referring to the state-owned bank Caixa Geral de Depósitos whose lending accounts for 2000-2015 are currently being scrutinised by a parliamentary inquiry into why hundreds of millions of euros in bad loans were recklessly made by the bank despite recommendations to the contrary.

“The financial sector (in Portugal) continues to be a risk for the State Budget. The enormous losses of CGD forced the Government to intervene and while the cash injection into the bank was a problem for the public accounts, not doing so would have been far worse,” she said.

Teodora Cardoso blamed the great euphoria and underestimation of risk where “no one thought there was any risk whatsoever” and that “everything was all perfectly normal and all the business deals were good ones” for the crisis.

“It was basically the decade 2000-2010 internationally in which the idea was instilled that anything was possible. When we start believing that anything is possible, it’s better to be cautious because in the end it will all end in tears and that’s for sure”, she said.

The Portuguese parliament is currently asking embarrassing questions to senior CGD figures as to why they approved 13 ultra high-risk loans which failed to meet risk analysis criteria. The shocking losses from bad loans were made public from a report into the bank’s accounts by consultants Ernst & Young.

These 13 loans, the majority of which were signed off by CGD top brass António de Sousa and/or Carlos Santos Ferreira, resulted in losses of €48 million. 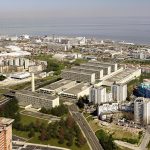 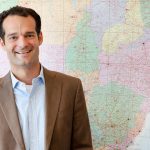 TAP transports 15.8 million in 2018Aviation, News
This website uses cookies for a better browsing experience, in continuing browsing you're accepting their use. Read More