Mortgage lending by banks in Portugal reached a new record high in 2018 with almost €10Bn lent out last year.

According to the Bank of Portugal which published the figures it represent a new maximum since 2010 – one year before the Government sought external financing help from the IMF and ECB/EU.

In December banks lent out €903 million in mortgages, the highest amount from the last five months.

The total amount of mortgages given in 2018 corresponds to a 19% increase compared on the previous year.

This increase means that attempts by the Bank of Portugal to control the amount of mortgage lending by banks is not having an effect.

Since the beginning of July last year a number of recommendations were issued by the BdP led by Carlos Costa which aimed to ensure that credit conceded to families home-loans followed guidelines to prevent families taking on a greater loan than they could meet.

As with home-loans, consumer loans also grew last year. The banks made available €4.6Bn in credit in 2018. In other words, 10% more than the previous year and the highest amount in 14 years.

Regarding loans to companies, 2018 was also marked by an increase in business loans with the banks lending out €31.5Bn, 9.5% more than in 2017, the year in which credit concession in this sector had been at its lowest since 2003. 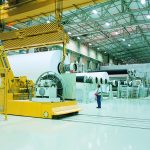 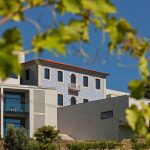 Douro Palace to be revampedHotel, News
This website uses cookies for a better browsing experience, in continuing browsing you're accepting their use. Read More