Deal or no deal, Britain and Portugal look set to build a strong new relationship post Brexit. The trading relationship between the two countries is healthier than ever, says the British Ambassador to Portugal, Chris Sainty

Challenging” and “interesting” rather than stressful is how the new British Ambassador to Portugal Chris Sainty describes his tenure so far at the zenith of the Brexit crisis.
With just under three months before the UK leaves the European Union on 29 March… Or not, depending on the ever-changing situation at Westminster, the process seems to have as many comic-tragic twists than the popular British TV series Yes Minister.
Yet Chris Sainty remains calm and measured, but admits it is “not a normal time to arrive as an ambassador.”
“This is a unique set of circumstances, but I’m fortunate to have a set of interlocutors in the Portuguese Government who are fundamentally sympathetic, supportive and constructive in their approach, so I may have an easier job than some of my colleagues in other European countries having to deal with fast-moving Brexit situations and scenarios,” he says.
As incredible as it seems, probably only half of the estimated 50,000 British citizens living in Portugal are legally registered, according to figures from the Portuguese border and immigration authority SEF.
“We are concerned about this and yet it is a fairly simple procedure they have to go through; first registering as a Temporary Resident and then after five years Permanent Residency Status” says Chris Sainty.
“The basic action we’re asking people to take is very straightforward. Please make sure that you, your family members and British friends, get registered legally and properly in Portugal. This is both a legal requirement and clearly the best way to demonstrate your right to reside in Portugal.”

DUAL NATIONALITY?
The British Embassy in Lisbon and its consulates throughout Portugal make clear that it cannot and does not advise its citizens to take out dual nationality as a result of Brexit. Chris Sainty stresses, “People who are registered in Portugal and have been registered for six years are entitled to apply for Portuguese citizenship. Since the numbers have shot up in Spain I would expect the numbers have risen in Portugal.”
Without having updated figures on the number of UK citizens who have applied for dual nationality, in 2016 around 100 UK citizens requested dual citizenship — double the figures on 2015 according to the Portuguese staterun TV and radio channel RTP.
In fact, both UK and Portugal allow dual nationality. “British citizens are perfectly at liberty to apply for Portuguese citizenship if they want, but it is not something the British Government or the British Embassy can get involved in.
We certainly wouldn’t advise either way. It is a personal decision and all factors should be weighed. Those thinking of doing so may want to take professional advice,” says the Ambassador.

THE EXCHANGE RATE
One area of concern to UK citizens registered as living and working or retired in Portugal is the effect of Britain’s eventual departure from the European Union, the circumstances under which it takes place (hard Brexit, negotiated settlement or extended Remain within the EU) on sterling/euro exchange rates.
“The change in the exchange rate and the value of the Pound versus the Euro has the potential to have an enormous impact on the lives of UK citizens, but people sometimes forget that we’ve seen big fluctuations in the exchange rate over the last 18 years since the introduction of the euro” Chris Sainty points out. For example, in 2008 the pound would only buy one euro at the start of the financial crisis. “In the past two years of course it is certainly true that the pound lost value against the euro, but we’re still nowhere near the levels that we saw 10 years ago,” adds Sainty.
“The hard truth is that there are risks for people, who for all sorts of excellent reasons, decide to live, work or retire to another country. There are all sorts of factors they need to weigh up and take into consideration. One of those factors and risks is that if you move to a country with another currency, then of course either one of those currencies might not hold its value,” the ambassador says.

PORTUGAL-UK: WILL THINGS CHANGE?
It is often trumpeted at official bilateral events between the two countries that Portugal and England have the oldest political and diplomatic alliance still in existence in the world, the Treaty of Windsor having been signed in 1386.
But what does a piece of parchment lodged somewhere in the national archives pertaining to a medieval world view really mean for bi-lateral relations today in the wake of Brexit? “I love the Treaty of Windsor, it’s a wonderful foundation for our relationship with Portugal and is tremendously important. It’s a symbol of the friendship and alliance that has existed for over six centuries and I like the fact that everywhere I go people are interested and captivated by the history of the relationship between our two countries” says Sainty enthusiastically, sitting directly beneath a later symbol of the alliance between Portugal and England – a portrait of Queen Catherine of Braganza who married King Charles II of England in 1662.
The Ambassador thinks Portugal and the United Kingdom will renew their relationship and build a strong new partnership after leaving the EU. “I get a sense that for many Portuguese people our shared history is important.
It is part of who they are and that forms a really good foundation for the kind of relationship we should be having between the two countries after Brexit,” Sainty says.

TRADE & INVESTMENT
It is somewhat ironic that since the British people voted to leave the European Union two years ago and despite the uncertainties, trade between Portugal and the UK is positively booming.
“While the relationship between the UK’s Department for International Trade and the companies we work with is a confidential one, over the past five years the total volume of bi-lateral trade between Portugal and the UK has increased by nearly 50% and now stands at about 12Bn Euros a year and continues to grow, despite the referendum,” says the Ambassador.
That success is down to hard work and the successful marketing of Portugal as an attractive destination for UK investment and UK companies to invest in. Chris Sainty stresses that Portugal is an easy and good place to do business.
Says Sainty, “I think there are important synergies in several sectors like financial services and life sciences as well as defence and security.
“Over the past two years, despite the political backdrop, one might assume that the level of bilateral trade would fall away but that hasn’t happened. It is encouraging and makes me believe that we can and should be ambitious for our vision of our future relationship. It’s very important that we don’t get sucked down into doom and gloom. We need to look beyond Brexit”, he emphasises. “The future will be different, we will no longer be able to do business as we did in the past through institutions in Brussels. It’s going to look and feel different and there is going to be more of a role for our Embassy here in Lisbon, so we are taking on more staff. We have already expanded and we will continue to expand,” he continues.

PROJECT FEAR
Amid the fears and hysterias in the wake of Brexit and uncertainties and lack of clarity still surrounding what may ultimately be seen as one of the greatest seismic events in British life since World War II, the British Ambassador remains a voice of calm among the panic mongers of ‘project fear’ on both sides.
“I don’t see any circumstances whereby people who are already living and settled legally in Portugal, and EU citizens, including a very large number of Portuguese who are living, working and studying in the UK, and make an enormous contribution to our economy and society, are going to be forced to move,” he says.
“We know that because under the deal scenario there are very comprehensive agreements built into the withdrawal agreement which guarantee the continued rights of UK citizens and EU citizens,” he stresses.
But what about a ‘No Deal’ scenario and the prospect of crashing out of the European Union on 29 March? Could wild stories of the largest mass migration of UK and EU citizens across Europe come to pass?
Chris Sainty thinks not. “Under the ‘no deal’ scenario, our Prime Minister has given a very strong commitment to EU citizens living in the UK who will continue to enjoy similar rights in future, and that has now been developed and spelt out in detail.” “The rights of the EU citizens in the UK will be protected, those already resident in the UK will be protected, and the Portuguese Government has given a lot of reciprocal assurances to the British community living here.”
Chris Sainty points to a number of statements made by the Portuguese Foreign Minister Augusto Santos Silva who has said on various occasions that if the UK is willing to protect the rights of Portuguese citizens in the UK, then Portugal will do the same thing for British citizens living in Portugal. This is a powerful and reassuring message to the British community in Portugal, one that the British Ambassador has been at pains to stress at the many ‘surgeries’ he has held up and down Portugal where there are large concentrations of UK citizens. The Ambassador stresses, “I can’t foresee any circumstances where the UK and Portugal would not do the right thing for each other’s communities. These are citizens who have already settled and taken up residency in civilised countries.” 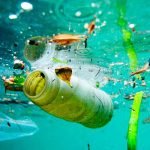 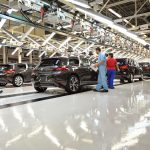