Montepio banker could be investigated

The Government says that the insurance regulator could open an inquiry into the professional ethics of top Portuguese banker Tomás Correia.

Correia is the current Chairman of the Montepio General Mutual Association – AMMG. He has been fined €1.2 million by the Bank of Portugal for “irregularities” committed when he was the president of Montepio Bank.

But last week the Portuguese Pension Fund and Insurance Supervisory Authority (ASF) announced it did not have the remit to evaluate the professional ethics and honesty of the banker.

However, two government ministries – Employment & Social Security and Finances say that the ASF does.

The question of Correia’s professional honesty came to the fore again on Friday when the Bank of Portugal announced that he would have to pay a fine of €1.25 million for irregularities committed during the time when he was Chairman of Montepio Bank between 2009 and 2014.

Tomás Correia says he will appeal the decision and adds that he sees no reasons to quit his post as head of the AMMG.

Two figures in the bank, António Godinho and Fernando Ribeiro Mendes, who ran against Correia in last year’s AMMG elections have stated that Tomás Correia should immediately step down to protect the institution and its reputation.

It was they who called on the Government and the financial regulator, the Bank of Portugal, to intervene immediately. “If this isn’t a reason to examine the AMMG then what is?” said Godinho.

Montepio Geral, now Montepio Bank, is a Portuguese mutual savings organisation established in 1844 with its headquarters in Lisbon. It was delisted from the Euronext stock exchange in September 2017.

The banker’s professional honesty was called into question both before and after the elections held last year after various investigations by the Bank of Portugal and the Public Ministry. One of the investigations is regarding loans made to the business entrepreneur José Guilherme who was granted loans of €8.5 million which was then allegedly paid to former Banco Espiríto Santo chairman Ricardo Salgado whose bank collapsed in 2014. 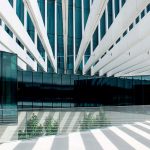 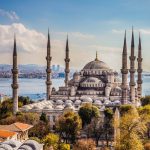 Turkish Golden Visa investment triples in PortugalInvestment, News
This website uses cookies for a better browsing experience, in continuing browsing you're accepting their use. Read More