Interest from Turkish investors in Portugal’s Golden Visa regime has tripled over the last year.

By the end of October 2018, 264 Authorisations for Residency for Investment were issued to Turkish investors by the Portuguese immigration office SEF, netting Portugal a total of €144.1 million.

The profile of the Turkish investor in Portugal’s Golden Visa are family groups who have applied for residency after hearing about the country via word of mouth from other investors and are attracted by Portugal’s security and safety, its economic recovery, hospitality and some cultural similarities.

They are generally seeking investments in sectors as diverse as industry, sea, agriculture, services, hospitality and catering and tourism.

“They like to be rather low-profile when doing things and tend to trust only two or three sources” says João Pestana Dias, President of the Trade Connection Portuguese Turkish Network which was founded in 2015 to boost trade and business between the two countries. “And Portugal is in fashion right now,” he says.

One recent Turkish investment in Lisbon recently involved the refurbishment of a 17th century building close to the Pantheon and right on the city’s Feira da Ladra square to create the Casa dell’Arte Club Lisbon in a €2 million investment which includes a club house and a restaurant (Ninu).

In 2015, Terzihan opened a jewellery shop at the top of the city’s chic Avenida da Liberdade. The same year, CoVii – Computer Vision Interaction in Vila Nova de Gaia, Porto was part-purchased by the Koç/Arçelik Group which specialises in consumer electronics and develops software for innovative products.

“In general, Turkish investment is very strong in Portugal and apart from increasing, it is diversifying,” says Celeste Mota, who heads Portugal’s overseas trade bureau AICEP delegation in Istanbul.

In recent years there have been a number of big-ticket investments from Turkey in Portugal including the purchase of Cimpor for €700 million which is now in the hands of OYAK Cement held by pension funds belonging to the Turkish armed forces.

Over the past five years investments from Turkey in Portugal stood at around €600-650 million while exports to Turkey from Portugal have stood ar around €300-€400 million. 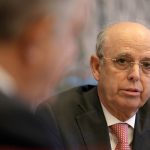 Montepio banker could be investigatedBanks, News 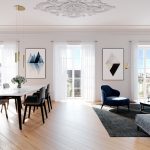 Regal in groundbreaking Lisbon developmentDevelopment, News
This website uses cookies for a better browsing experience, in continuing browsing you're accepting their use. Read More