The Atlantic Gateway consortium which owns 45% of TAP confirmed today that it will retain its hub at Lisbon’s international airport.

The decision comes after the European Union Court of Justice ruled on Thursday that the Government’s conditions concerning TAP’s privatization were “compatible with EU law.”
“The conditions laid down by the Portuguese Government regarding the reprivatisation of TAP are compatible with EU law with the exception of the obligation for maintenance and the development of a national hub operations centre”, states the EU Court of Justice in a memorandum.
The EU Court of Justice adds, however, that the demand regarding the maintenance and development of a national operations hub centre goes beyond what is necessary to achieve the intended goal of connecting the third-party Portuguese-speaking countries in question such as Angola, Mozambique and Brazil.
The consortium owners David Neeleman and Humberto Pedrosa insist that the decision will not alter their position, with Atlantic Gateway affirming that having TAP’s hub at the existing airport in Lisbon will continue to be fundamental for TAP’s strategy of having its hub in the capital as a preferential platform between the Americas and Europe.
“Portugal is very well placed to be a hub to receive passengers in Europe. It is just 3,300 miles from New York. There is no other large city on the European continent that is closer than Lisbon”, says David Neeleman quoted by the news agency Lusa.
The airline mogul adds that TAP is a “fantastic project” and that he is “very satisfied with the company’s development and the strategic plan we are implementing. We will continue preparing TAP to maintain this trajectory of growth which is our main challenge for the next few years”, he concludes. 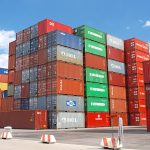 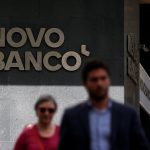