Portugal’s economy grew 2.1% in 2018 according to the National Statistics Institute (INE), two-tenths of a percentage point below the Government’s 2.3% growth estimate for the year.

Behind the target shortfall is a slowdown in the rate of economic growth in exports compared to 2017 which the Portuguese Prime Minister António Costa put down to the world economic cycle, the cooling of the Chinese economy and uncertainties over Brexit among others.
In terms of internal demand, this too was lower (2.8 percentage points compared to 3.1 in 2017). The INE explains that there was a slowdown in investment compared to the year before.
Numbers show that exports grew 3.7% in 2018, the lowest increase since 2012 and less than a half enjoyed in 2017 (7.8%). Nevertheless, have never represented such a large slice of Portugal’s GDP, certainly not since INE records began in 1995. Last year exports represented 43.6% of total wealth produced.
The slowdown represents a slowdown in overseas sales of both goods and services. Exports of goods grew 3.6% (against 6.7%) in 2017 while services were at 3.8% (compared to 11% in 2017). 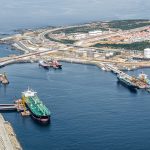 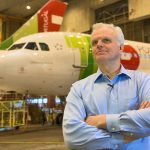 Atlantic Gateway to retain Lisbon hubNews
This website uses cookies for a better browsing experience, in continuing browsing you're accepting their use. Read More