The Portuguese government has given the green light to a Contingency and Preparation Plan should the United Kingdom crash out of the European Union on 29 March in a hard Brexit.
The Portuguese government has been preparing for the worst since the start of the year with a number of scenarios from EU deal to no deal and aimed at “protecting the rights of Portuguese citizens in the United Kingdom and the rights of British citizens in Portugal.”
To this end it has boosted the scope of competencies and powers of Portugal’s border and immigration authority SEF as well as allocating €5 million of extra funds and extra staff for a smooth fast track transition at airports and processing centres.
Another focus is “technical and financial support ensuring the broadcasting of information and promotion of information campaigns aimed at Portuguese firms trading with the United Kingdom as well as creating the conditions to minimise potential economic shocks on Portuguese companies.”
Exports to the UK despite the uncertainties around Brexit have climbed from €2.61 Bn in 2013 to €3.64 Bn in 2017.
“These two priorities are reflected in their general guidelines in the Contingency and Preparation Plan approved by the Government in January”, states the Government in the document’s introduction published in the Government circular Diária da República and which defines the scope of financial assistance (up to €50 million) and company support measures as well as the promotional campaign in the United Kingdom. 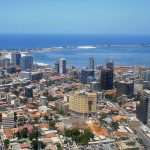 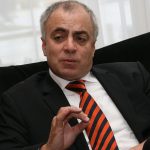 Properties taking longer to sellNews, Property
This website uses cookies for a better browsing experience, in continuing browsing you're accepting their use. Read More