If last year houses were sold in around three months, this year the time-to-sale is double at between four to six months.
The warning was given by the Portuguese Association of Estate Agents and Real Estate Professionals (APEMIP) which explains the increase in time to sell by sky-high house prices, particularly in Lisbon and Porto, which are “beyond the reach of some buyers”.
The majority of houses (48%) that were put on the market for sale this year should take between four and six months to sell according to data from APEMIP, based on real estate forecasts.
Around 30% of properties should be cleared from estate agents’ books within three months, 13% in between six and nine months, 6% between 10-12 months and 3% taking a year or more.
These statistics show that home owners take longer to sell their properties when compared to last year: 52.94% of houses were sold in less than three months, while 20% were sold in between four and six months.
The reason behind this increase in the time-to-sale is a lack of supply in the market, a problem that has been referred to by various market specialists and is noticeable for those seeking to buy.
“For 2019 the outlook from estate agents is for a slowdown in transactions caused by a lack of product in the market together with very high prices which reduces the number of potential buyers”, states the association.
Luís Lima, president of APEMIP has no doubts that this problem is “going to get worse” and “is already starting to be felt”.
“The lack of supply in the market is a real problem which has provoked a rise in prices while the available offer is beginning to be completely unsuitable for 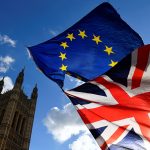 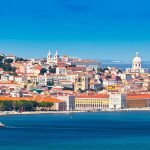 Portugal first choice for US, French and Italian home buyersNews, Real Estate
This website uses cookies for a better browsing experience, in continuing browsing you're accepting their use. Read More