Communications company Nos enjoyed a consolidated net profit of €141.4 million in 2018 corresponding to a 15.8% increase on the year before.
Consolidated revenues in turn registered a 1.1% increase for the same period, from €1.558Bn to €1.576 Bn.
Explaining this positive performance was a 2.1% increase in the services supplied, to €9.6 million, with net supplements of €193,000 compared to the end of 2017 states Nos in its annual report published by the Portuguese securities commission.
“This growth means an increase market share in revenues which according to the most recent data released by the regulator was at 32.8% for the first half of 2018,” says the telecoms operator.
Nos (formerly called Zon Optimus) is a Portuguese entertainment and communications group which resulted from a 2013 merger of the two largest communications companies in the country: Zon Multimedia and Optimus Telecommunications.
It offers the latest generation of fixed and mobile solutions, television, internet, voice and data for all market segments (personal, residential and corporate).
Its main shareholders are Angolan entrepreneur Isabel dos Santos, ZOPT, SGPS, S.A. (held in equal parts by Isabel dos Santos and Sonaecom, the Catalan bank BPI, Norges Bank, Blackrock, Inc. and various funds owned fully or partially by Isabel dos Santos and her family.
CEO Miguel Almeida said, “In 2018 we continued to grow, increasing our number of customers in a market that has achieved maturity, and we have grown revenues despite a continuing fall in prices and have improved our results thanks to a process of digitalizing our operations which has led to improvements in efficiency.
“This is the fourth consecutive year in which we have grown across the board which has meant a significant growth in market share”, he said. 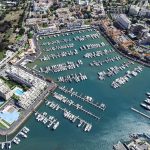 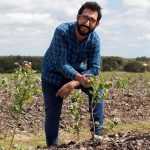 Startup Agroop raises €0.5 million in equity crowdfundingNews, Start-Up
This website uses cookies for a better browsing experience, in continuing browsing you're accepting their use. Read More