Agroop, a Portuguese technology startup for the agricultural sector has launched a share sale operation through equity crowdfunding.
For the fourth time the company has applied to Seedrs, the largest European equity crowdfunding platform with the aim of raising capital from investors worldwide.
Seedrs enables all types of investors to invest in businesses they believe in and share in their success. It helps all types of growth-focused businesses to raise capital and a community in the process.
The British crowdfunding firm was set up in 2012 and so far has backed 500 firms, raising a total of €200 million from more than 200,000 users.
In the fundraising campaign, which started this week and will run for the next 60 days, Agroop hopes to attract at least €500,000 in return for 11% of its capital, giving the company a pre-investment evaluation of €4 million.
The aim of the operation is to secure investment so that Agroop will be able to continue to innovate and strengthen its value proposition.
Above all, it needs funds for its international expansion after previous financing enabled the Agritech startup to create a team and develop its product.
In three previous fund-raising campaigns through Seedrs, Agroop netted investment worth €685,000.
In the first round in 2015 Agroop, founded by Bruno Fonseca, was the first Portuguese startup to net investment through Seedrs, getting €75,000. In 2016 it raised a further €95,000 and, in 2017, a further €514,000, registering an overfund of 257%.
The company has produced a water management system for farms to maximize and regulate water resources. 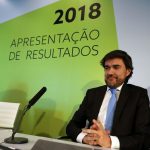 AL Gore slams British politicians as “cowards”Brexit, News
This website uses cookies for a better browsing experience, in continuing browsing you're accepting their use. Read More