The two-time UK Olympic Gold medallist Alex Gregory will be the guest speaker at a new B2B sales innovation conference in May at the NOVA SBE School of Business & Economics.

Sales Shaker 2019, a pioneering event in concept and message marketing in Portugal for B2B sales will be hosted by the business school.
The conference, the biggest innovation event in Portugal of its kind, is dedicated to entrepreneurs, business leaders and sales professionals responsible for developing and expanding their B2B business.
The event is organised by Lead-Results (www.lead-results.com) in partnership with NOVA SBE’s Executive Education (http://goo.gl/FVoxTJ) taking place on 16 May in the Auditorium of NOVA SBE’s new campus in Carcavelos.
Alex Gregory won his gold medals for rowing in 2012 and 2016 in the Coxless four. In 2012, to celebrate his Gold medal at London 2012 the post boxes were painted gold in his home town of Cheltenham. On 20 November that year Gregory was named as ‘Olympic Athlete of the Year’ at the GB Rowing Teams awards and he was appointed Member of the Order of the British Empire (MBE) in the 2013 New Year Honours for services to rowing.
Other inspiring speakers will include: Francisca Van Zeller, VP Branding (Quinta Vale Dona Maria); Hugo Soares, Head of Sales Development EMEA – OutSystems; Luís Ahrens Teixeira – Herdade da Cortesia; Nuno Pires – SVP Global Strategic Accounts, FEEDZAI; Terry Hamill, Managing Director, BNI Portugal, the Inventors; and Tim Vieira, CEO, Brave Generation.
Sales Shaker (https://goo.gl/po4FBG) is partnering with the BPCC – Portuguese Chamber of Commerce, the chambers of commerce of Portugal, Brazil, the United States and France. Shakers is also teaming up with IAPMEI – Agency for Competitiveness and Innovation; AERLIS – Business Association for the Lisbon Region; AEP – Business Association of Portugal; and ANJE – National Association of Young 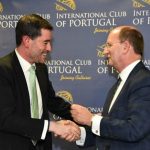 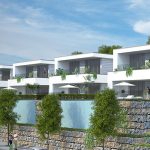 Pine Village Resort project for VilamouraNews
This website uses cookies for a better browsing experience, in continuing browsing you're accepting their use. Read More