The figures, released by the National Statistics Institute this week, show that Portugal has seen the highest ever tax revenues accumulated since 2015 when the PSD/CDS-PP coalition government under Pedro Passos Coelho was in power and continuing under the current PS socialist regime under Prime Minister António Costa.
The Government managed to achieve a deficit of just 0.5% for 2018 – the lowest in the history of Portugal’s democracy since 1974 with the Finance Minister saying that it was on track to achieve 0.2% for 2019 despite a slowdown in the Eurozone economy.
However, economist João Duque said that the Government had only achieved the feat with a huge tax burden and a lack of investment in public services like health and public transport such as railways.
The Government has argued in relation to previous years that the increase in the tax burden has happened as a result of a more dynamic economy and a growth in employment rather than an increase in taxes.
On Tuesday, the Minister of Finance, Mário Centeno, said that Portugal’s tax revenues grew last year €2Bn above forecasts.
Increases in tax revenues on income (IRS and IRC) crew €1.2Bn while VAT revenues increased by €1.04Bn. In total, tax revenues increased €4.3Bn in 2018.
And from 1 April the Portuguese Government’s Tax website will show taxpayers where exactly their taxes go and how they are spent if they submit a tax return.
“It is essential that citizens know where their taxes are spent and understand why they are important for our community,” said Centeno at the close of a conference Cidadania Fiscal 2.0 which took place at the Ministry of Finances in Lisbon on Monday. 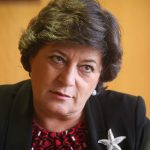 European Parliament to call for end of Golden Visa regimesNews 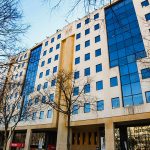