Lisbon’s luxury Avenida da Liberdade is losing ground as the city’s most sought after location for offices.

According to Prime Watch, compiled by commercial property consultants B.Prime, Avenida da Liberdade is seeing signs of a slowdown in terms of office demand, which means it may no longer be the area with the most expensive office space in Lisbon.
Instead, demand is picking up for the city’s Zone 4 in the Santos district of Lisbon running parallel with the River Tagus.
For decades Santos, extending from Rua D. Luís and the Mercado da Ribeiro (Time Out Market) and including Lago de Santos and Rua de Santo Paulo was one of the most abandoned and rundown areas of Lisbon.
Office spaces in Santos are now fetching rents of €23 per square metre. According to B.Prime, Lisbon as a whole is facing considerable space constraints with a lack of office space.
B.Prime Managing Partner Jorge Bota says Portugal lacks between 50,000 m2 and 60,000 m2 of new office space per year in the market, particularly in Lisbon. “I don’t understand how political decision makers and city council officers in particular don’t realise that this is restricting economic growth.”
According to the study, consumer habits too have directly influenced the real estate market which saw €3.3Bn transacted in 2018, exceeding the amount achieved in 2017.
The Lisbon office market, which has been unable to attract large international companies to Portugal because of a lack of suitable modern, latest generation office space, will even out in terms of supply by 2020 if current projects under construction are not delayed.
The market study reveals that 2019 will continue to be a difficult year for companies in Portugal wanting to expand or those international companies aiming to relocate or open secondary offices in Portugal.
Lisbon continues to be popular with overseas investors and is currently one of the most sought after cities in Europe for developments and investments which represent 95% of the investment turnover in Portugal.
The French are the biggest investors, representing 25% of the market share, followed by the United States (24%), Spain (20%) and the United Kingdom (15%). The study estimates that 2019 will see an even greater diversification in terms of invested capital.
According to Jorge Bota, B.Prime, now in its 10th year, has prepared this study which is more representative of the entire commercial market by also analysing the retail and logistics segments with B.Prime launching a retail department specialising in commercialising high street shops in 2018.
“It is ridiculous that various multinationals want to set up in Lisbon and, because of a lack of space, could decide to relocate to another European capital. That is the very real risk that we are facing,” he said. 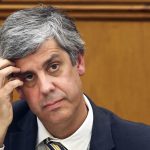 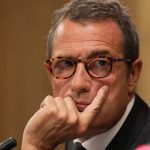 EDP to pay Bank of Portugal €2.5M fineCompanies, News
This website uses cookies for a better browsing experience, in continuing browsing you're accepting their use. Read More