IMF says Portugal is not entirely protected from Brexit fallout

The Director of the International Monetary Fund, Christine Lagarde believes that Portugal could suffer economic consequences as a result of the UK leaving the European Union.

In an interview with RTP, Christine Lagarde explained that Portugal is an important economic trader partner for the United Kingdom and the question surrounding British retired residentsin the Algarve is a “serious issue”.
“We have various clouds on the horizon, and Brexit is not the only one, but it is certainly the most urgent one (for Europe) and for which we need a solution to which we hope to get as quickly as possible,” she said.
“The faster we get a solution, the less uncertainty we will have. And the more amicable the agreement, then the smoother the transition will be, with fewer risks for the United Kingdom as a whole, for the European Union and certainly for Portugal.”
The IMF director says that it fears a “bad fallout because any restrictions or friction in terms of trade, the movement of goods and capital, will be worse than the current situation.” The degree of these consequences will depend on “the type of agreement reached” says Lagarde. “The United Kingdom will suffer a reduction in growth in the medium term.”
In the European Union this impact will depend on “the amount of trade and exchange between the United Kingdom and the rest of Europe while this will be felt keenly in Ireland which could suffer the most serious consequences as well as Holland,” she said.
Regarding Portugal, the situation is far from positive. “Portugal is not entirely protected because there is so much trade between Portugal and the United Kingdom including a robust services sector, particularly tourism” in which the United Kingdom is a principle market.
“A good friend told me that they had concerns over the return of their in-laws who have retired to Portugal. Imagine if they now all had to go back to the United Kingdom. In economic terms this would be a serious issue,” she continued.
As to if a hard Brexit would cause a recession, Christine Lagarde said, “We do not foresee a recession, neither in global terms of in European, but obviously the more clouds that appear, the less optimistic we will be and our economic forecasts will be revised downwards,” said the IMF director. 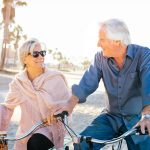 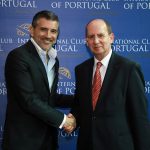 Altice head says ANACOM is threat to the sectorCompanies, News
This website uses cookies for a better browsing experience, in continuing browsing you're accepting their use. Read More