Portugal’s Minister of Finance, Mário Centeno has told the Financial Times that its bailout of the bank Banif was “probably the most expensive in European banking.”

The bank was part taken over by the state in 2012 when the Government injected €700 million into the failed institution, controlling 60%.
In addition to this amount, Banif also received €400 million in CoCos (debt converted into bonds) of which it paid back €125 million. The €125 remainder should have been paid back by 2014 but wasn’t, making the bank’s accounts in an even more perilous state.
In 2015 it was leaked to the press that the bank was to be nationalised, leading to a run on the institution resulting in €960 million being withdrawn by worried depositors (16% of total deposits).
Reports on TV station TVI put the final nail in the coffin for the ailing institution which in December that year was wound up. The bank was divided into a good and bad bank with the good assets sold off to Santander Totta, a company from the Santander Group, for €150 million.
The deal involved the taxpayer and government stumping up a massive €2.2Bn, €1.7Bn covered directly by the State.
“The Banif bailout was probably the most expensive one in Europe” he said adding that given the fragility of Portugal’s banking sector during the crisis it had been difficult to promote growth in the Portuguese economy.
The minister told the British financial newspaper that the new capital injection requested by Novo Banco would “not cost the Portuguese taxpayer a cent.” Neither would it compromise the Government’s budget deficit targets which “should be close to zero”.
The affirmation has not been shared by the President of the Republic, Marcelo Rebelo de Sousa.
Novo Banco requested a capital injection of €1.1Bn from the Contingency Fund which the Government will include in the Stability Programme.
The Novo Banco had posted losses of €1.412Bn in March for 2018. The Contingency Fund which will pay out the monies was set up when the State negotiated the sale of the bank to the US vulture fund Lone Star. The Contingency Fund is paid for by the banking sector and with loans from the State.
The FT also quoted Prime Minister António Costa who admitted “people had been highly sceptical” in relation to his government’s economic policies.
“But we showed that it is possible to increase income, grow private investment and cut unemployment and have sustainable public finances”. 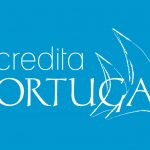 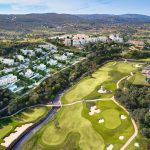 Ombria resort will net €153 million in taxesDevelopment, News
This website uses cookies for a better browsing experience, in continuing browsing you're accepting their use. Read More