A new luxury hotel and resort development in the Algarve will net the Portuguese tax authorities €150 million according to a study from the University of the Algarve.

Ombria Resort is being developed in the interior of the Algarve between the villages of Tôr and Querença as a sustainable resort open to the local community.
The investment in terms of taxes calculated by the study ‘Economic and Social Impact of the Ombria Resort Development in the District of Loulé’ covers the period 2018 to 2030.
The estimated value in direct municipal and central government taxes is over €153 million and is distributed between revenues to the local Loulé Council (€22.2 million) and the amount handed to central government (€131 million).
The study was undertaken by a multidisciplinary team specialising regional economy, tourism, company finance and tax. It also calculated that €252 million will be required to build all the infrastructure: the golf course, the Hotel Viceroy and the villas and apartments which will be offered for sale, as well as the landscaping and access roads and pathways.
The construction of the resort will also require an average of 140 workers per year, with an employment peak of 572 in 2020, while the resort, when up and running, will require a further 300 staff of which 15% will be professionals with higher education.
In addition to providing employment to the local economy, the Ombria Resort will attract new inhabitants to an area of the Algarve with a low population density.
The study also suggests the local economy will benefit in terms of direct and indirect employment as well as businesses in terms of restaurants, bars, grocery shops and leisure and tourism activity companies.
With the first phase slated to open in 2021, Ombria Resort is a new development within a 153 hectare site surrounded by a natural landscape of green hills, streams and woods and located 8 km from Loulé and 20 km from Faro airport. 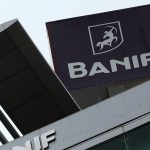 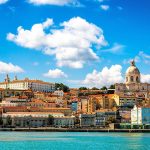 House price increases 4th highest in EuropeNews, Property
This website uses cookies for a better browsing experience, in continuing browsing you're accepting their use. Read More