Evening chat and dinner with Cristina Fonseca and Stephan Morais

At the Turf Club dark wood-panelled rooms echo business deals done over cognac and cigars. Leather sofas, backgammon sets and a full-scale portrait of Portugal’s last and tragic King Manuel II dominate. Another time, another era.
This was the setting in April for a dinner hosted by the American Club of Lisbon with guest speakers Cristina Fonseca, Talkdesk founder, non-executive board member at Portuguese energy giant Galp and Stephan Morais senior partner at Indico Capital Partners, one of the most successful venture capital companies on the Iberian Peninsula in which Fonseca is also a partner.
It is incredible that at the age of 31 Cristina Fonseca is not only a partner at Indico, but also a non-executive director at Galp, one of the youngest directors at any corporate company in Portugal.
Starting off by studying telecommunications and networks “out of curiosity” with fellow university student Tiago Paiva, they began brainstorming.
“We thought it was that easy to programme something in your room, put it on the internet and expect people to buy the product without even interacting with them. How naive we were!” Cristina reflects.
Exploring ideas, they launched three projects which failed. “We were desperate, nothing worked and we thought gosh, we’ll have to get a job!” she recalls.
One year later, they entered an online contest organised by a US company offering a computer as a prize. “All we wanted to do was win that computer!”
For the competition idea they designed a call centre application that tells you everything you need to know about the caller “since we had worked out from our failed experiments that if you call a company nobody knew who you were,” she explained.
They collected the information the company already had and made it possible to have information about who was calling. “We won that competition!”
A week later they presented the idea in San Francisco in a pitch competing with nine US teams … again they won.
“Here we were in Silicon Valley, everyone was asking us how much money we needed to make our idea a success which was a shock for us” Cristina continues.
The duo were invited to join one of the top accelerators in the US where they spent five months in an incubator learning about the US mindset, how to sell, to set up a company and get investment from venture capital companies. “Now, 10 years later, I’m working to help other companies put their products on the market” she says.
Cristina Fonseca and Tiago Paiva won four rounds of investment and within two years, working out of Tagus Park they won US clients like Dropbox. “Back then no one really understood what we were doing”.
They went on to raise a further US$ 3.5 million and one year later US$ 21 million. Cristina and Tiago moved back to Portugal to hire technical talent for a core team that made Talkdesk happen and the rest, as they say, is history.
Today, Talkdesk is a cloud-based contact centre and AI software provider with offices in San Francisco, Lisbon and Porto, a Unicorn holding a market value of over US$1Bn.
One of the things Cristina and Stephan are often asked is how they decide which companies could become global success stories. How is it possible that these companies are worth millions?
“In the end this is a numbers game” says Stephan. “It’s much more financially driven than one would expect. It’s not just about picking interesting ideas. Constructing a portfolio is very metrics-driven. The difference between professional investors and amateur investors is that in the latter people take it as a hobby and not the numbers.”
Stephan Morais believes that Portugal has all the raw materials and talent to create global companies.
“Sometimes we see a lot of news in the newspapers and we don’t know if we should laugh or cry because the exposure that some companies get can be totally out of proportion to their achievement and the opportunities they represent, while others are totally hidden and are really doing very well.”
“The short story is that Portugal has never seen this amount of technology companies since the Age of the Discoveries. Portugal is not alone. This is a revolution that is ongoing globally but the fact is that we don’t see a big difference in terms of quality between Portugal and any other country in Europe,” concludes Stephan Morais. 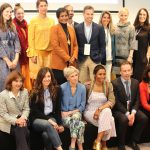 Motherhood and management – the balancing actEvents 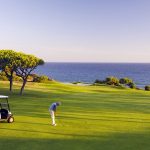