The International Monetary Fund (IMF) has cut Portugal’s growth forecast from 1.8% to 1.7%.

The cut is now in line with the growth forecasts of both the European Commission and the Bank of Portugal.
Despite the more pessimistic outlook, the IMF still predicts that Portugal will grow more than the Euro Zone average in 2019.
However, according to predictions from the US ratings agency Fitch, Portugal’s growth will slow to below the EU average in 2020.
Portugal’s growth hit a high of 3.1% for two consecutive quarters in 2017 and achieved 2.5% in Q2 of 2018. However, growth slumped back to 1.7% in the last quarter of last year.
In the new forecasts, the IMF predicts economic growth of 1.7% this year after GDP last year having increased 2.1%.
Last October, days before the Government presented the State Budget for 2019, the IMF predicted growth of 1.8% but has now revised that figure slightly downwards.
The European Commission and the Bank of Portugal have recently converged with a growth forecast of 1.7% for 2019.
The updated forecasts by the two overseas institutions that follow Portugal’s economy has taken place days before Portugal sends its Stability Programme 2019-2023 to Brussels in which the Government is preparing to cut its growth forecast but just to 1.9% compared to the 2.2% set out in the State Budget 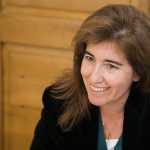 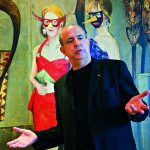